You’ve heard the phrase “It’s all in your head.” Maybe you’ve said it. Here are 4 reasons to drop this phrase forever, and they all have to do with mental health. 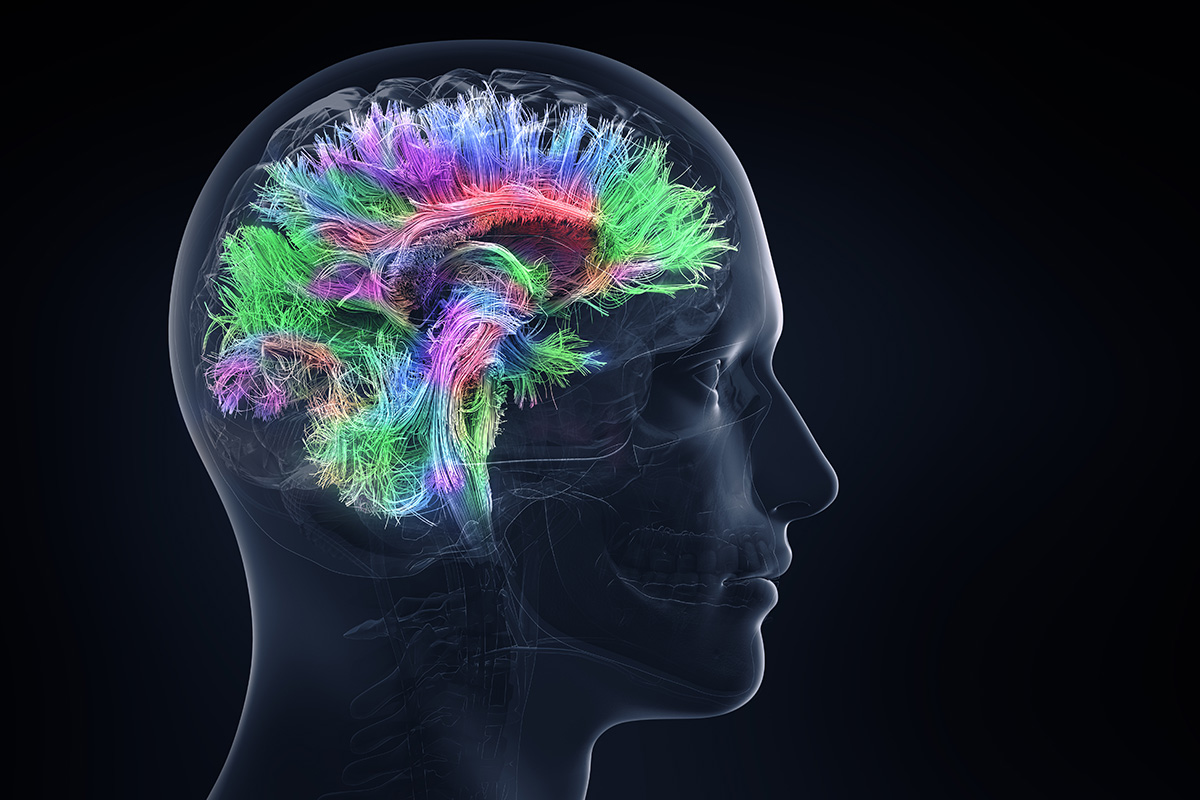 I have a confession to make. When I began writing this article, it started out as a bit of a rant. Why? Because the phrase “it’s all in your head” annoys me.

But after writing for a while, I remembered the truth: people don’t say “it’s all in your head” to make the other person feel bad, nor do they want to be unhelpful. If anything, they’re trying to help in their own way, even if that way misses the mark.

I also remembered what really bothers me about the phrase, beneath it all:

The fact that we live in a world that doesn’t understand mental health that well, and that sees mental issues as trivial, easily fixed, or as a sign of weakness.

Have you watched the show Ted Lasso? (You should, it’s great.) In the second season, Ted faces some inner demons, including his struggle with anxiety and panic, not to mention his deep distrust of therapy. When his issues get leaked to the press, Ted struggles, then finally faces them and says:

I want to share with y’all the truth about my recent struggles with anxiety, and my overall concern about the way we discuss and deal with mental health in athletics.

I loved that. Boss move on his part. Remove “in athletics” and Ted’s statement applies to the world at large.

Those five words—“It’s all in your head”—are packed with hidden messages that keep us in the dark ages with mental health.

Here are 4 reasons you should throw away the phrase “it’s all in your head” for good.

Reason #1: “It’s All in Your Head” Tells People Their Problems Aren’t Real

“It’s all in your head” can mean different things, depending on the context. For one, it can sound like “Your problems aren’t real” or “You’re imagining it.”

It’s like, if we can’t SEE the problem with our own eyes, the problem can’t possibly exist.

When Friends Say It

Let’s say your friend tells you she’s freaking out because her boyfriend hasn’t called her in days. When you tell her “It’s all in your head,” you might mean that her anxiety has taken hold of her, and that it may not be as bad as she fears, but that’s not how it sounds.

Instead, it sounds like you’re telling her she’s made up a reason to worry, that her fears are groundless and therefore pointless… and that her worries are stupid. You just dismissed her feelings… and made her feel worse.

Maybe her concerns are real (something has gone wrong with her boyfriend or relationship), or maybe they aren’t (her boyfriend had a family crisis come up). Either way, her worry is real and that worry has its origins somewhere.

That’s the thing about feelings: they exist whether or not we understand their cause.

When Doctors Say It

You see your doctor and tell him you have pain throughout your body, or you break out in a rash. However, he can’t find anything wrong with you. Some doctors might tell you, “It’s all in your head,” but others might choose more technical language, such as “it’s psychosomatic,” “It’s not a physical problem,” or it’s “just stress and anxiety.” In other words, they don’t take you seriously.

I know people who’ve had this happen, and it doesn’t feel good.

Could the problem have a psychological component? Sure, it’s possible. The problem isn’t that a doctor would consider that; the problem comes when he or she automatically dismisses the patient’s complaints as “head problems,” as if those are nothing at all, and even insinuates the patient caused their own problems by not keeping their mental ducks in a row.

Whether physical or mental, a problem is a problem. It’s a health problem, either way.

Why do some doctors do this? Because you’ve presented them with something they can’t explain with the training they have. This can happen with doctors who’ve fallen behind in their knowledge base, or when a doctor encounters uncommon or not-well-understood maladies.

Not to mention medical training for physicians doesn’t adequately prepare them to deal with mental health issues.

Reason #2: It Tells People Their Problems ARE Real… But Not a Big Deal

“It’s all in your head” can sound dismissive in another way. Here, it can say, “Dude, your problem exists, but you’re blowing it way out of proportion.”

The issue here? You probably have no idea the size of the problem. Chances are, it’s bigger and more complex than you think.

I see the “not a big deal” thing a lot with anxiety. Well-meaning people, who don’t understand how crippling anxiety can be, will tell the anxious person their concerns are all in their head, along with similar sentiments such as “stop worrying” or “quit stressing about it” or “you cause all your own problems.”

Downplaying the anxious person’s problems? You guessed it: it makes them more anxious.

Anxiety disorders are the most common of the mental disorders, affecting 40 million US adults. That’s 18% of the population. Those dealing with anxiety don’t need to “quit worrying,” they need treatment and tools to manage their anxiety.

I can’t tell you how many times someone has suggested a fearful person should:

These suggestions all say, “Your problem seems big, but is actually small and easily fixed.”

Fears and phobias require serious time and effort to eradicate, such as with systematic desensitization.

Depression also tends to bring out the “it’s all in your head” crowd.

I’ve seen many an armchair psychologist on Facebook, YouTube, and similar places blathering on about how people with depression need to throw away their drugs, do a few affirmations in the mirror, go play some tennis, or do other things that don’t take much time or effort. If your depression doesn’t go away, you aren’t trying hard enough.

These people have NO CLUE what depression is.

Remember, if someone you know worries a lot, has a stubborn fear, or who struggles to get out of bed every morning, their issues have a bigger impact on their life than you can possibly imagine.

Don’t dismiss it. Instead, listen without judgment and encourage them to get help.

Reason #3: It Tells People Their Problems May Not Be All in Their Head… But the SOLUTIONS Are

I see this a lot in science, including some experts and science bloggers. To understand this, it helps to understand the placebo effect.

Merriam-Webster defines the placebo effect as:

Improvement in the condition of a patient that occurs in response to treatment but cannot be considered due to the specific treatment used.

In other words, a patient getting treatment improves, but not because of the treatment itself. For example, a patient starts to feel better at the doctor’s office, despite not having gotten treated yet. (I admit I’ve had this happen many times.)

The placebo effect is very real. We know this from drug clinical trials, where participants get divided into two groups: one gets the drug, the other gets a placebo (e.g., a sugar pill). Often, the placebo group will show some improvement even though they received no treatment.

However, I’ve seen people (including experts) claim that positive results from, say, acupuncture are due to placebo effect. In other words, the treatment doesn’t work, you just believe it does and that’s why you feel better.

I’ve witnessed some version of this for chiropractic, naturopathic medicine, herbs, supplements, and a variety of other nontraditional medicine fields. I’ve also seen it with food sensitivities—for example:

There’s no evidence that MSG sensitivity or gluten intolerance exist, therefore any symptoms you get, or feeling better after cutting that food, are all in your head.

Why such skepticism? Many reasons:

Healthy skepticism is a fundamental part of science. But when it turns to resistance, as it often does, people miss the whole point of science: to continually build knowledge about the natural world so we can understand it better. It’s an ongoing process and always will be.

The biggest problem with “It’s all in your head”? It completely overlooks the obvious.

Yes, many problems we have ARE in our heads… in that they originate in the brain. We have a name for these kinds of problems:

Mental illness. Or, if not an official illness… mental health issues.

Ever dealt with anxiety? Depression? OCD? An addiction of any kind?

Ever dealt with a narcissist? An abuser? A criminal? How about a guy on the street shouting odd things that make no sense to whoever will listen?

OR… have you ever struggled with a problem you could not solve? Grieved a loss you couldn’t seem to let go of? Gotten stuck in a job you hate but stayed for years anyway?

Hello mental issues that come straight from that brain of yours.

These “head” problems are not easy to treat. They’re difficult to even recognize, much less admit… not to mention figure out how to deal with them.

I’ve met more people with unrecognized or undiagnosed mental illnesses or struggles than I can possibly count. In my opinion, all the problems of the world stem from mental issues of some kind.

So when you say “it’s all in your head,” you have no idea how right you are.

Which is why Ted Lasso hit the center of the target with that statement to the press, just like he did in darts:

Yes, we need to rethink how we discuss and deal with mental health issues.

A good way to begin?

Stop dismissing the struggles of those around you, and start asking questions. Let’s give mental health the attention it deserves.

Want to get notified when I publish a new article? Sign up here!