Not everyone avoiding the COVID-19 vaccine is an antivaxxer. Learn more about the vaccine-hesitant, and discover ways to get them vaccinated. 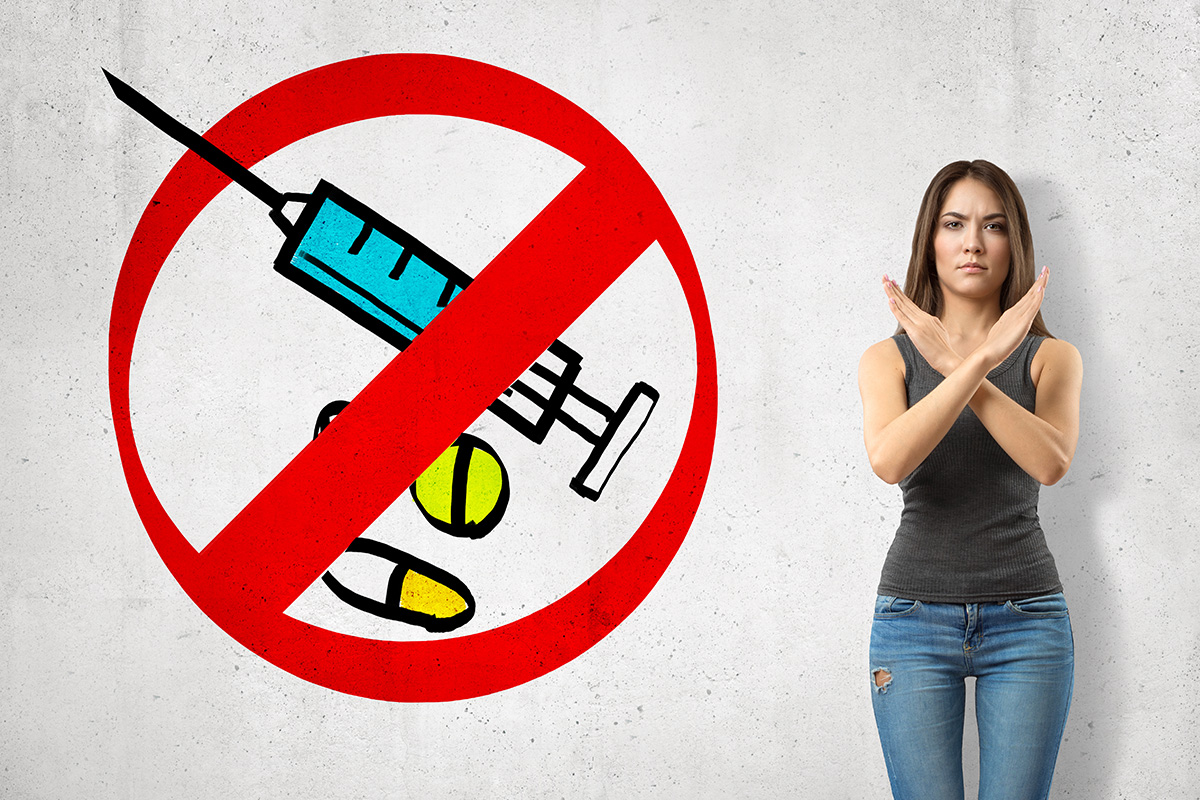 Recently on Twitter, I came across an interesting thread. Someone asked:

“Is there anyone who convinced someone else to get vaccinated? If so, what was your reasoning to get through to them?”

This person has a large following and got a LOT of responses, which ranged from…

“I was able to convince one mRNA-skeptic after I told them scientist had the mRNA vaccine already developed and ready to test for the previous MERS coronavirus years ago, and showed them the studies. That convinced them.”

“My partner told his fishing buddies that they couldn’t fish on his new boat if they didn’t prove they were vaccinated. He’s convinced at least two guys for that reason alone.”

Whatever it takes, right?

Vaccine-hesitance is real, and it’s a problem in the US. The longer people wait, the more they risk getting infection and infecting others, and the more time the SARS-CoV-2 virus has to create more variants.

But trying to convince someone to do something they don’t want to do can prove challenging at best. There’s a right way and a wrong way to go about it.

If you find yourself dealing with a vaccine-hesitant person, here are four rules to follow:

RULE #1: Focus on the Vaccine-Hesitant and Forget Anti-Vaxxers.

When you consider all the people who haven’t gotten vaccinated by now, don’t make the mistake of assuming they’re all the same.

An antivaxxer isn’t just afraid of COVID-19 vaccines, they typically fear and avoid all vaccines.

They have a variety of reasons for their avoidance: they believe them to be “poison” (i.e. unhealthy), they fear that they can cause autism, they believe they’re a way for the government (or big pharma) to control you, just to name a few.

They actively oppose vaccines and often go out of their way to broadcast that on any public forum they belong to. They feel strongly and believe they’re helping the public by speaking out against something they think is evil.

Antivaxxers often don’t trust science and experts, or any similar kind of authority. Unfortunately, they’ve gotten their information from unreliable sources, and most are too young to remember what life was like before vaccines.

You can’t typically change an antivaxxer’s mind. Better to focus on spreading the truth than arguing with these people.

On the other hand, we have people who don’t necessarily fit into the antivaxxer mentality, even if they’ve resisted getting their COVID jab.

Rather than actively opposing all vaccinations, they’re more likely to avoid only the COVID-19 vaccine. Why? They have concerns.

Whatever the reason, these people feel anxiety and fear about getting the COVID-19 vaccine, or about what getting the vaccine could represent for them. They don’t necessarily oppose all vaccinations.

We do have a chance of bringing these folks to the Light Side, beginning with Rule #2.

Watching someone refuse to get vaccinated, especially during a pandemic when herd immunity can literally save lives, can tax your patience to the limit.

Especially when antivaxxers have left a terrible legacy of misinformation and harassment, attacking scientists, doctors, and other experts who’ve spent decades studying science and treating the ill.

It’s easy to lump all refusers into the same category. But the vaccine-hesitant don’t attack, they merely resist.

When the health of our country and globe are at stake, it’s tempting to get on a soapbox and talk down to the vaccine-hesitant, to poo-poo their concerns or criticize their perspective.

For one, disdain solves nothing. More importantly, it gets you no closer to your goal, which is to get everyone vaccinated so we can reach herd immunity. If anything, disdain pushes that goal farther away.

Nobody likes being insulted, criticized, or talked down to. Including you.

“But they’re doing harm! They’re being stubborn on purpose!”

They have fear holding them back. Even the stubborn ones who deny being afraid.

The Problem of Mistrust of Science

Another problem with disdain? When you insult those who don’t trust science and browbeat them about their lack of scientific understanding, they come to associate science with disdain, arrogance, and elitism.

Which only makes them even more determined to hate science and scientists. Problem NOT solved. If anything, problem made worse.

I see a lot of this brand of contempt on some science sites, and I saw my share of it when doing my doctoral work. Yes, we want the US to increase its trust in science, but the way to accomplish that isn’t to treat those who lack scientific understanding with scorn.

When dealing with the vaccine-hesitant, avoid insults and name calling, obviously. But also avoid subtler forms of insult such as sarcasm, contempt, condescension, or commenting on the person’s lack of scientific knowledge.

Also, don’t try to persuade or push them, either. Nobody likes being subjected to the scientific version of a pushy salesman who cares more about his bottom line than anything else.

Instead, follow the advice that many medical professionals offer and meet people where they are rather than trying to yank them to where you want them to be.

First, ask about their concerns. Listen and understand, and don’t argue.

Then, if they seem at all open to it, offer your perspective or knowledge. Send them links to reputable sources, or have them talk to an expert they’ll listen to. Tell them your concerns about their hesitance, especially if it’s a family member or friend.

And, check out this Twitter thread to see how others got the job done. They all had very different methods, but none involved disdain.

Some vaccine-hesitant folks will change their minds. Even an antivaxxer will come around to the Light Side from time to time. It happens.

When you talk with someone who’s vaccine-hesitant, it’s important to be patient. Understand that beliefs and fears don’t dissolve overnight. Instead, focus giving them good information that will aid them in choosing to get vaccinated.

When you treat the vaccine-hesitant with respect and listen to their concerns, and give them time, you pave the path for them to get vaccinated in the future. You also win one more point for science.

On Twitter, I saw a post from a physician who had a vaccine-hesitant patient who’d avoided getting her COVID-19 job out of fear. The physician chose to be respectful and patient, and simply gave the patient literature to read and let her make her own decision.

The patient eventually came around and got her vaccine. She thanked the physician for being respectful and patient.

That physician knew what she was doing. She played the long game.

Rule #4: Remember You Have an Audience

Sure, you might have a conversation with a vaccine-hesitant family member, friend, or colleague. But chances are, most of your conversations on this topic will take place online.

The internet is loaded with misinformation, and information about health and vaccines is no exception. Most antivaxxers hang out and spread their misinformation online, on Facebook, Twitter, Instagram, etc.

When an antivaxxer makes an inaccurate statement or claim, it’s easy to focus on that person and their errors. But everything you say to that person, whether derisive insult or helpful information, will be read by others, often hundreds or even thousands of others.

You probably won’t sway the original poster, but these lurkers are paying attention. If you sound knowledgeable, offer good sources, and avoid disdain, they might consider you worth listening to.

They might take one more step closer to vaccination.

I belong to several health-related groups on Facebook. When somebody would post a question about people’s reaction to the COVID vaccines, inevitably it would devolve into a war between the pro- and antivaxxers.

I occasionally jumped in and offered some facts and links. One antivaxxer told me I didn’t know what I was talking about, then proceeded to say things that made no scientific sense whatsoever.

I could have gone after her. She made it SO easy. But I didn’t.

Instead, I cited my strong background in science. I acknowledged that the way the new vaccines work can be confusing. I corrected the misinformation and offered a link.

Not only did I receive a decent number of likes for my comment, other folks started asking me questions. They’d watched the exchange and saw me as a potentially credible source.

The troll backed off and the curious folks spoke up.

Overall, what’s your main goal when dealing with those who balk at getting the vaccine? To be right? Or to get them vaccinated?

If the latter, follow these four rules. Who knows, you might even get one more person to put a little trust in science.

Want to know when the Rogue Scientist publishes another article? Sign up here.