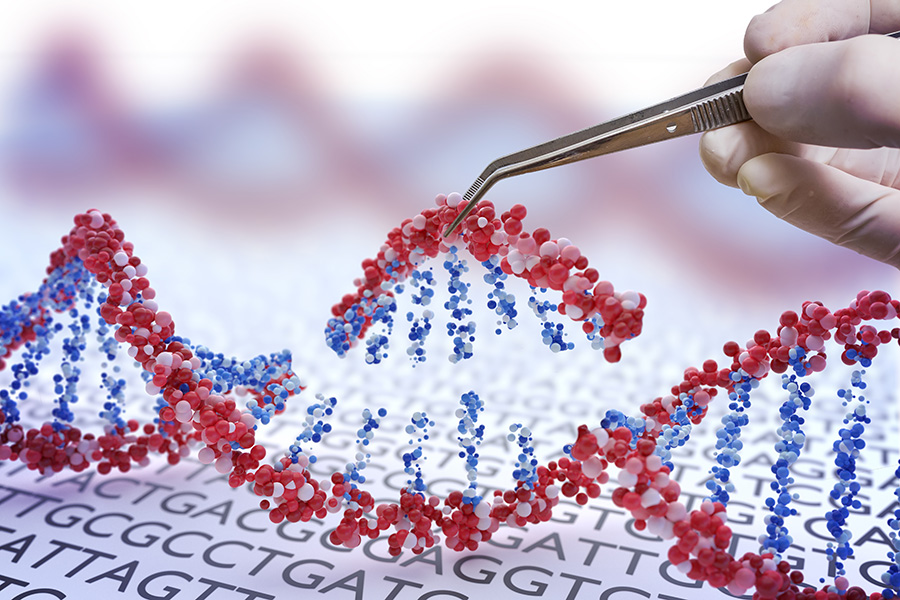 Before the onset of COVID-19, did you ever think about gene therapy? Unless you’re a scientist or physician, probably not. Chances are, you probably had little more than a vague idea of what it is.

Enter SARS-CoV-2 and the development of the COVID-19 vaccines, the latter of which involve the use of our genetic machinery. It was only a matter of time before confusion and misinformation ensued about these vaccines, including that they’re a form of “gene therapy.”

They’re not, as I discuss in this article about the key differences between the vaccines and gene therapy.

So what is gene therapy?

An experimental technique for treating disease by altering the patient’s genetic material. Most often, gene therapy works by introducing a healthy copy of a defective gene into the patient’s cells.

Pretty amazing, when you think about it.

Unlike the COVID-19 vaccines, gene therapy actually does change your DNA. That’s its goal.

In case you’re rusty on your genetic terminology, when we talk about “genetic material” and “genes,” we mean DNA, the genetic code that makes you you.

A gene is a specific segment of your DNA that contains the instructions to make a specific substance, usually a protein. In humans, DNA makes RNA, which makes protein:

When a patient has a disease caused by a “bad” gene, you introduce a “good” version of that gene into the patient’s genome (i.e., into their DNA). The good version of the gene will then do what genes do, and make a “good” protein.

The good protein then goes on to perform the functions that the bad protein couldn’t, which corrects the disease.

You heard that right.

Once scientists have created the good gene, they can’t just feed it to the patient in their morning smoothie. You need a good delivery device, also known as a vector.

Enter viruses. Why a virus?

If this viral vector stuff sounds familiar, you probably read my article on how the Johnson & Johnson COVID-19 vaccine works. It too uses a viral vector to deliver genetic information, albeit for a very different (non-DNA-changing) purpose.

Pretty much all disease has at least some genetic contribution, so you would think gene therapy could work for every disease.

In reality, it’s not so simple. Most commonly known diseases (like cancer, heart disease, and diabetes) point to many, many genes, not to mention significant environment factors such as lifestyle, diet, smoking, etc.

The more genes you have to deal with, the more difficult it is to isolate a gene that’s a target for therapy.

Other examples of single-gene disorders include sickle cell anemia, hemophilia, Huntington’s disease, and Fragile X. Fragile X causes developmental disability due to a flaw in the FMR1 gene on the X chromosome. As it happens, I worked as a research assistant studying Fragile X back in the day.

A gene therapy for hemophilia (a disease where the body has a difficult time with blood clotting) introduced a new (good) gene into the liver of patients with the disease. They then began to clot normally. (More on this later, however…)

Cancer, despite being polygenic, still has many possibilities for gene therapy. In fact, a large proportion of therapies being studied are designed to treat a variety of cancers.

Another interesting fact about gene therapy: only a handful of FDA-approved gene therapies exist in the US.

Which means the vast majority of gene therapies out there remain in the clinical trials phase, where their effectiveness and safety are still being studied. As such, most gene therapies are “experimental.”

To receive FDA approval, any drug must undergo three phases of clinical trials, each with larger numbers of people.

Clinical trials need to demonstrate that a given therapy is effective and that its benefits outweigh its risks. It can take years for that to happen, if it happens.

Which leads me to my last fascinating fact about gene therapy…

FACT #5: Gene Therapy is Super Tricky to Pull Off

In the real world, gene therapy isn’t as simple as it sounds here. In fact, a lot of things need to work perfectly in order for the therapy to not only work, but to avoid causing harm.

The hemophilia example I cited above? It worked… until it didn’t. The clotting effect didn’t last because the liver cells with the new/good gene got rejected by the patient’s immune system.

Many things can go wrong when designing a gene therapy:

Gene therapy has seen some success, however, including the case of one blind man whose sight was partially restored.

With time and the advancement of technology, I imagine gene therapy will become a common way to treat disease one day.