A common narrative is life after 50 is a slow slide toward death. But what if that's crap? What if you can be even happier after 50? 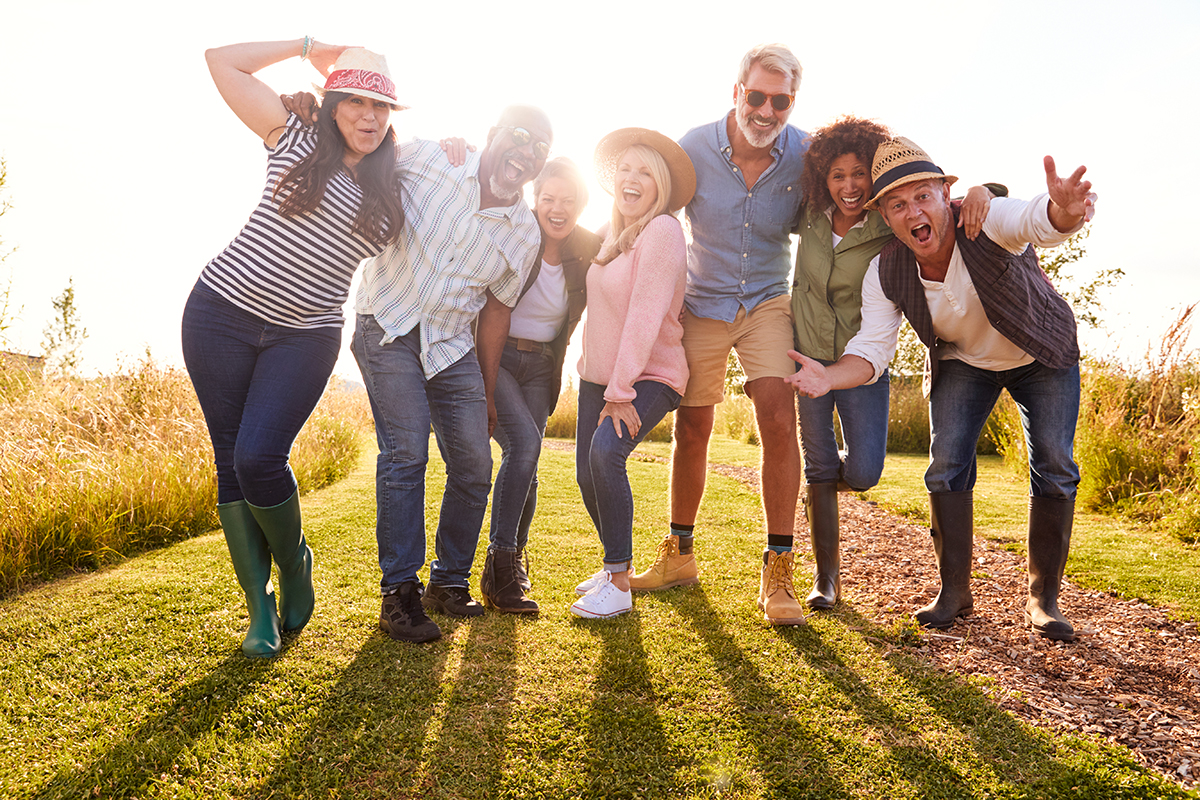 I know I have. I just turned 53, and I think about this stuff all the time.

Given that many of us will live until our 80s (thank you science and modern medicine!), it makes sense to think about what you want to do during these years. How you want to live. Who you want to be.

Except doing so isn’t nearly as easy as it sounds.

For one thing, there are no maps, guidelines, or rites of passage for the 2nd half of life like there are for the first. We spend the 1st half of life growing up, educating ourselves, finding a partner, creating a family, growing a career…

But what happens after that?

Many of you live in the US, a culture that sees the second half of life as somehow less worthwhile than the first half (at best), and at worst a slow slide into decrepitude.

But what if that’s a bunch of crap? What if the second half of life can be more rewarding and meaningful than the first? What if you can be happier over 50?

I came across two podcasts that tackle this very question, in a way that’s innovative, thought-provoking, and rooted in science.

Personally, I’ve always rejected the attitude our culture has about aging, retirement, and life over 50. At the same time, once I got close to 50 and began going through a major career transition, I found myself thinking, “Huh. If I reject those limiting ideas I’ve been fed, what will replace them?”

These two podcasts helped frame that for me.

A hotelier and hospitality maverick, Chip Conley is the founder of America’s second-largest boutique hotel company and former strategic advisor for Airbnb, where he was instrumental in guiding the founders of this fast-growing start-up into the global hospitality brand it is today.

I found this podcast so interesting and filled with takeaways that I listened to it three times. Given that it’s 2 hours and 15 minutes long, that’s saying something.

Chip talks about the U-curve of happiness, developing “resume qualities” vs. “eulogy qualities,” midlife crises, mentorship, and “generativity” vs. “stagnation.” And much more.

Here are some links to listen:

As a continuation of this “happiness in the second half of life” theme, Rich also interviewed Arthur Brooks. The author of the NYT bestseller From Strength to Strength, Arthur C. Brooks shares the ​​roadmap for finding success, happiness, and deep purpose in our later years.

A professional French horn player turned social scientist, Arthur served as president of the American Enterprise Institute think tank in DC for a decade and is currently a professor of public leadership at Harvard.

I’m on my second listen for this one. I didn’t find it as enlightening as the interview with Chip Conley — there’s a heavy emphasis on success addicts and the idea of “fluid intelligence,” a result of his Harvard Business School ties — but there’s still quite a few good nuggets and some worthwhile wisdom that dovetails nicely with Conley’s message.

Arthur talks about the 4 ingredients that make one’s older years the most meaningful and happy, and why the traditional success- and money-seeking model of many professionals is a dead end.

How to Listen to Long Podcasts

If you aren’t used to long-form podcasts, it can seem daunting to sit down and listen to something that’s over 2 hours long, especially in a world filled with quickie videos and “hacks.”

But that’s the beauty of this type of content—long-form can go where other forms of content can’t. The key is to listen to it in chunks. Put it on in the car, while you work out or walk, while you’re cleaning or painting or gardening.