Chip Conley is a "Modern Elder" and expert on happiness over 50. Here are the Top 7 takeaways from his interview with Rich Roll. 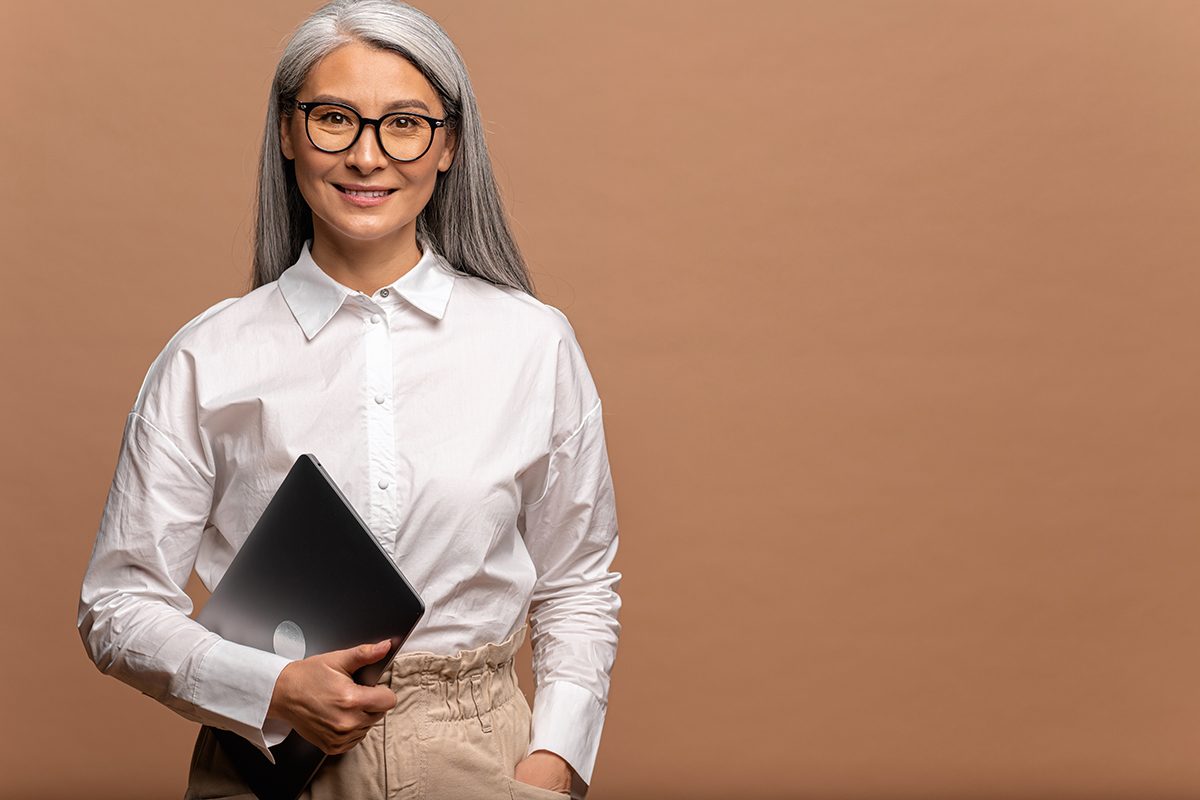 I’ve become a podcast fanatic. I listen to them pretty much every day while I cook, work out, or do stuff around the house.

I’ve come across so many good podcasts that I decided to start writing down the takeaways and sharing them with you.

Today’s topic focuses on mental health, particularly finding meaning in middle age and beyond. The wisdom will come from author Chip Conley.

Nobody talks about what you’re supposed to do in your later years, other than retire and then die. The attitude seems to be: if you’re lucky you’ll go on a few cruises, play some golf, tinker in the garden, and hang with the grandkids… you know, if your back or knees can handle it.

But what if that narrative, which most of us were raised with, is just one way of doing things? What if you could get as much out of your post-50 years as you do your sub-50 years?

What if — GASP — you could be even happier and healthier?

I’ll cover the “healthy” part in most of the other articles I write. But today, let’s talk about the “happy.”

Who is Chip Conley?

Chip Conley is the founder of America’s second-largest boutique hotel company and the former strategic advisor for Airbnb, where he played a key role as an “elder” in guiding the (young) founders of this start-up in creating the success it’s become.

In an interview with podcaster Rich Roll, Conley discusses finding happiness in midlife and beyond. Here are my Top 7 takeaways from the interview:

1) The U-Curve of Happiness

Imagine a graph with a U-shaped line, with age on the x-axis and life satisfaction on the y-axis. This graph, known as the Happiness U-Curve or the paradox of aging, shows that happiness tends to bottom out in middle age (at 47.2), but then steadily climbs as you age.

In fact, the U climbs to a higher level in old age than it ever reached during youth. Which totally negates the societal narrative that it’s “all downhill after 50.” Nope, it’s actually uphill, at least in terms of happiness.

2) The Fear of Decrepitude

Many people don’t fear dying, which we know to be inevitable, as much as they fear having a poor quality of life when they’re older. People fear decrepitude.

However, according to Conley, that fear may be unfounded. Not only do people live longer than ever now — many will live well into their 80s — the years you’ll spend being feeble are far fewer now.

In other words, thanks to science and medical advances, the phase of midlife where you’re active and healthy is very long now, and the “sick and feeble” years tend to only occur close to the end. Also, in another 20 years, medicine will have advanced even more, increasing your quality of life in your older years yet again.

Which means it pays to take care of your health.

The longer you live, the more likely you are to experience hard times: injuries, health issues, personal loss (divorce, death of loved ones), job loss, career failure. Many of these can show up unexpectedly in middle age, hence the reason for that dip in the U-curve and for the “midlife crisis” that plagues many.

We tend to think these kind of experiences are bad, but even though they feel lousy at the time, hardship has its place. Chip Conley says that hard times build character and offer opportunity to learn. The key is to find meaning in the hardship. Conley’s formula is:

Suffering is part of life, but despair doesn’t have to be if you can find meaning in hard times.

If this idea sounds familiar, it is. Viktor Frankl’s book Man’s Search For Meaning focuses on this, based on his experiences in a concentration camp during the Holocaust. I really want to read this book, and am growing the courage to (Holocaust stories are very difficult for me).

According to Conley, when we’re young, we tend to focus on “resume qualities”: our job or occupation, what we own, the list of things we’ve accomplished.

But as we get older, we should focus more on the “eulogy qualities,” the qualities people will talk about when giving our eulogy. In the end, people won’t care as much about what you accomplished as they will about your character.

Sure, maybe you built a corporation, but were you a good father? Yeah, maybe you made a shitload of money, but did people love being around you? Did they trust you?

Will they miss you when you’re gone, or will they just talk about all you accomplished?

5) What Causes a Midlife Crisis?

When you hear the phrase “midlife crisis,” you picture the stereotype: some dude with a potbelly buying a fancy sports car and ditching his wife for a woman half his age. But midlife crises are real, and they can be an important rite of passage.

According to Conley, at ~ age 40-55, you may come face to face with unmet expectations for how your life was supposed to be. Most of us have an idea of how things are “supposed to go.” We make plans.

We also have a “success script” we were taught — for example, establish a career, succeed, get married, raise happy/successful kids, then retire. But what if your career sucks? What if you get laid off or sick and find yourself short on retirement savings? Or your spouse dies or wants a divorce?

Success script? Out the window. Cue the midlife crisis.

But midlife, including a midlife crisis, can provide an opportunity to find a new script, one that fits your true values and can lead you into a new era.

6) The Value of Mentoring

One thing an older person has that a younger one doesn’t? Wisdom.

Wisdom isn’t just wrinkles and experiences to share. According to Conley, it’s “metabolized experience that leads to greater compassion.”

This is no small thing. At Airbnb, Conley’s widsom helped keep the young founders from making the ego-driven mistakes that the founders of Uber and WeWork made, tanking their companies and getting them removed as CEO of the very thing they created.

Older people have learned lessons, and have better emotional intelligence and the ability to think big-picture. And that provides a great opportunity to mentor younger people, either officially or unofficially.

Mentoring others is a great way to find meaning in your older years. And, according to Conley, in a great mentorship the mentor learns as much as the mentee.

Listen to the podcast for great details on how to establish a mentor-mentee relationship (see the Resources section at the end for links).

One stereotype about older people: they become set in their ways, and develop a fixed mindset.

There’s a good side to this: once you’re in midlife, and certainly once you get older, you know yourself better and are less willing to waste time and energy on crap that doesn’t work for you.

But, you can easily fall into the trap of becoming rigid and afraid of change. That ages you and creates unhappiness.

Instead, Conley recommends shifting to a “growth” mindset, where you focus on improving yourself, learning new things, and “turning fear into curiosity.”

Take classes, read, learn a new skill, travel, find a new career. Whatever it takes to keep you growing and not stagnating. This is especially true after retirement.

The Ego and The Soul

Chip Conley says your ego drives the first half of your life, your soul the second half. Nourish that soul, and you’ll find greater happiness after 50 than you ever imagined.

This is just a smattering of what Conley has to say. I definitely recommend listening to the whole podcast, which is linked below.

Wisdom at Work: The Making of a Modern Elder by Chip Conley