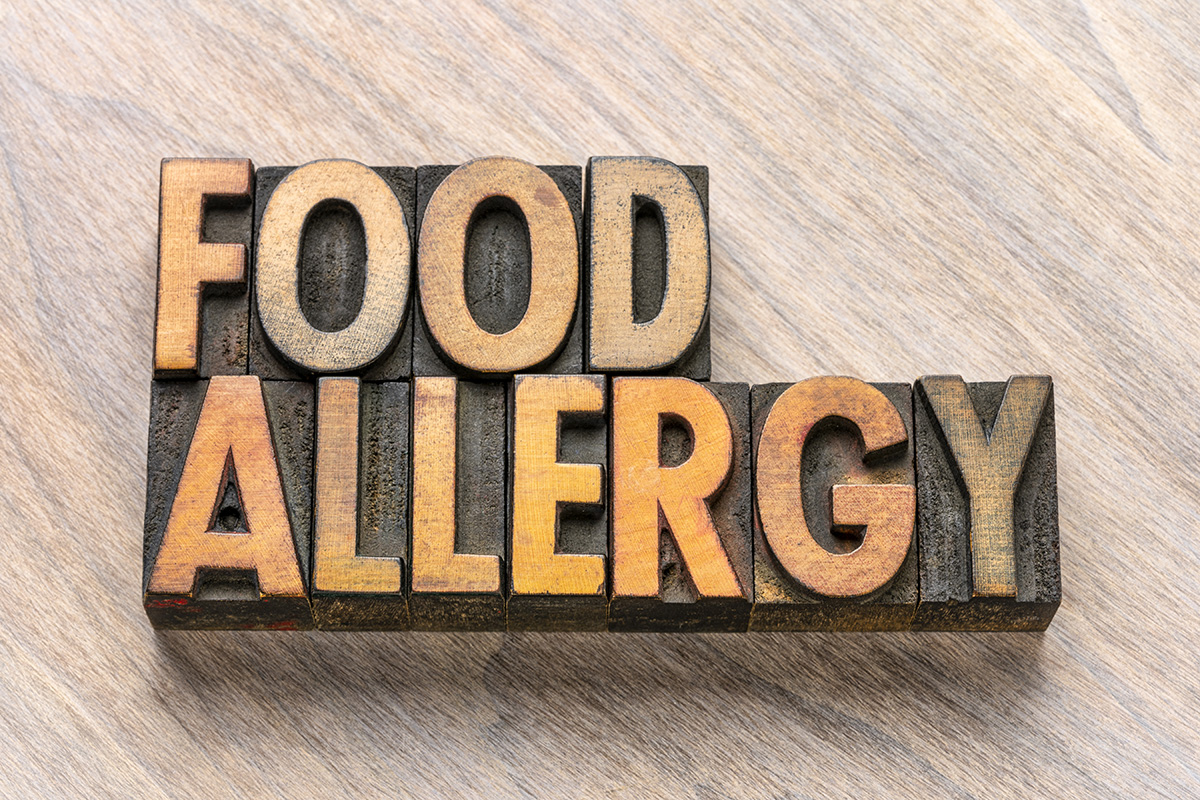 I will devote many articles to the topic of food sensitivities and allergies.

First, I have food sensitivities, so they interest me because I have a dog in this race, so to speak. (By the way, food sensitivity and intolerance mean the same thing, so for simplicity I will stick to the former for the rest of this article).

Second, and this is just as important, the scientific and medical communities know so little about food allergies and sensitivities. Especially food sensitivities.

Why do people develop allergies and/or sensitivities to foods?

Why do people seem to have more food allergies/sensitivities than ever before?

What do you do about them? Can you cure them?

All great questions. I want to tackle those questions over time, but to do so I need to clarify one important point:

Food allergy differs from food sensitivity or intolerance. They are not the same thing.

This is important. If you want to understand something and eventually treat it, you need to know exactly what you’re dealing with.

This article explains the 5 key differences between food allergy and food sensitivity.

An allergy will trigger the immune system. When a foreign invader enters your body, the immune system develops antibodies to fight the invader. This happens when you catch a cold or flu, get an infection, or when you receive a vaccine.

However, the immune system can also target certain foods as “invaders” and launch an attack if that food gets consumed. This immune response causes your symptoms.

Typically, upon consuming a food you have an allergy to, the body will produce immunoglobulin E (IgE) antibodies and mast cells will release histamines. Non-IgE food allergies exist too; these do not appear to cause anaphylaxis or other life-threatening reactions.

Food sensitivities, on the other hand, don’t trigger an immune response. Food sensitivity reactions stem from other causes, which I discuss later in this article.

Although allergies and sensitivities can generate some similar symptoms (further adding to the confusion between the two things), food allergies often cause certain kinds of symptoms, which can become severe.

In severe cases, a food allergy can lead to anaphylaxis, which can cause tightening of airways, swelling in throat, dizziness, loss of consciousness, and even death if untreated.

Side note: Mild oral symptoms only after eating raw fruit or veggies may indicate oral allergy syndrome, which is somewhat common, especially if you have hay fever or other environmental allergies.

Finally, when it comes to symptoms, a food allergy reaction will typically occur very quickly after ingesting a problem food, while reactions in those with food sensitivities can set in hours or even a day or two later.

According to Healthline, 90% of allergic reactions result from eight foods: milk, eggs, fish, shellfish, peanuts, tree nuts, wheat, and soybeans. Fish, shellfish, and peanuts are pretty easy to avoid, but avoiding eggs, wheat, and soy can prove really difficult because they get added to so many food products.

You can be sensitive to those eight foods, certainly. But the realm of food sensitivities includes a much wider variety of foods. It also includes a wide variety of specific compounds found in foods. For example:

Key Difference #4: Food Allergies Have a Different Cause Than Food Sensitivities

As mentioned above, food allergies stem from your body identifying a particular food as a pathogen. This kicks your immune system into mounting a defense, resulting in symptoms that can range from uncomfortable to dangerous.

Why does the body do this? We don’t know.

On the other hand, food sensitivity results because the body has a difficult time breaking down a particular food or substance.

A common, well-known condition, those with lactose intolerance have a hard time breaking down lactose, a type of sugar found in dairy products. This inability to digest lactose results in symptoms such as bloating, gas, and diarrhea.

In this case, the problem results from the body producing too little lactase, the enzyme that breaks down lactose. You can buy lactase tablets and consume them if you want to indulge in that bowl of chocolate chip cookie dough ice cream, which will help your body digest the lactose.

Genetics play a role in food sensitivity. Some people can drink caffeine late at night and have zero problem sleeping, while others (me included) can’t imbibe more than a tiny amount of caffeine at any time of day without getting jittery and anxious.

It makes sense that, genetically, some of us can break down certain foods better than others.

Because of these causal differences, those with food allergies need to avoid the problem food, since even a tiny amount can anger the immune system. Those with food sensitivities can often get away with small amounts of the problem food; the problems come when you eat more than the body can break down in a given period of time.

Food allergies are pretty uncommon, affecting 5-10% of young children and only 2-5% of adults. Many kids will outgrow their food allergies. For example, like many kids, I was allergic to cow’s milk as a child, but outgrew it before I turned ten.

Food sensitivity, on the other hand, is more common than food allergy, affecting 15-20% of people in industrialized countries. Gluten intolerance in particular, or at least awareness of it, has ballooned over the last 10 or 15 years, generating an entire new grocery story category: GF or gluten free.

One of the hardest things about food allergies, and especially sensitivities? Identifying them in the first place.

Nailing down what your body doesn’t handle well involves a lot of record keeping and detective work, and it’s easy to make assumptions. For example:

Lab testing for allergies has some value, since allergies are immune-mediated. Testing for sensitivities, on the other hand, can be expensive and inaccurate.

The gold standard for testing food sensitivity? Elimination diet. Stop eating that (and only that) food for a while (at least three weeks), then reintroduce it.

If you feel better during elimination, that tells you something. If you get a reaction upon reintroduction, that clinches it. The worse the reaction, the more sensitive you are, and the more you should avoid that food.

Stay tuned for more on this topic.

Want to get notified when the Rogue Scientist publishes a new article? Sign up here!

What is Natural Flavor? 6 Facts You Need to Know