HRT has seen its share of controversy, and its safety is still debated among women and health providers. To understand why, let's begin with the Women’s Health Initiative Study. 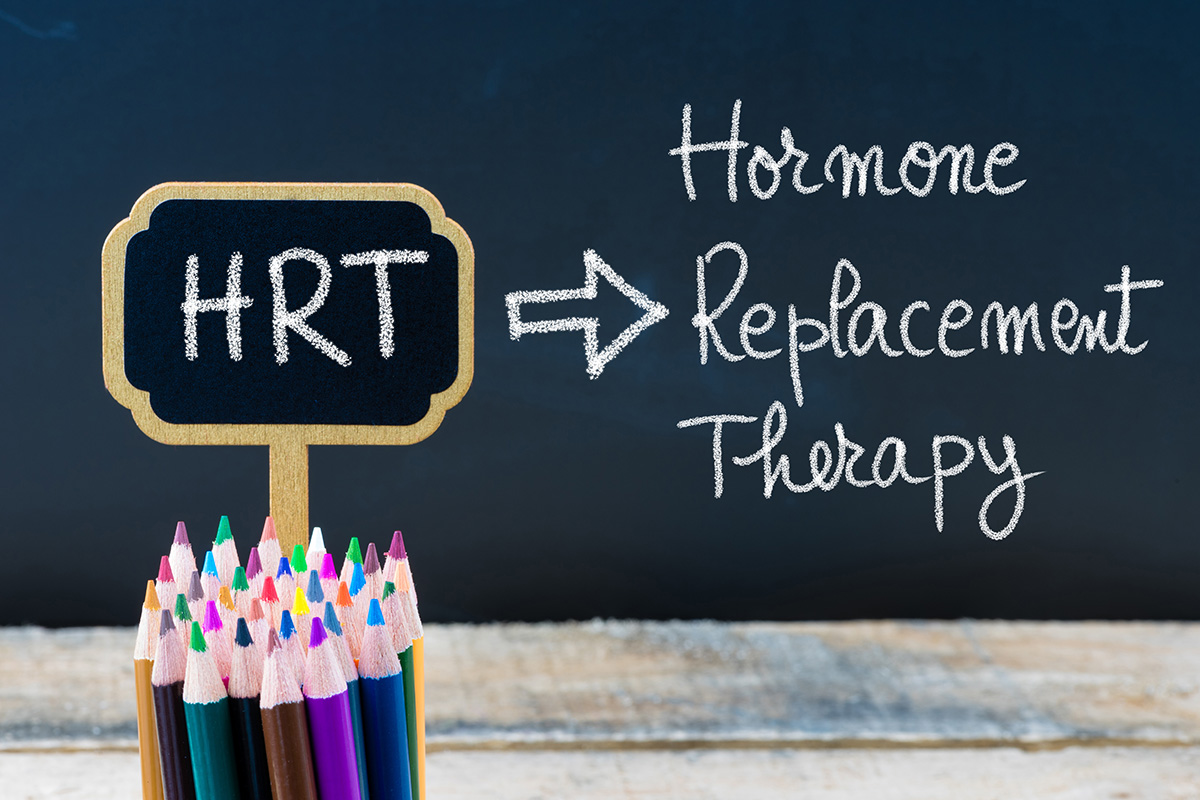 I know a woman in her seventies who moved and therefore needed a new primary care physician. When the woman told her new doc that she was taking hormone replacement therapy, the doctor told her to stop immediately.

“No woman should take HRT,” she told her in no uncertain terms. “It causes breast cancer!”

One doctor wanted her taking it, another did not.

I’ve also spent some time in various Facebook forums dedicated to women in middle age, so naturally the topic of HRT comes up. As with physicians, some women are pro, while others are NO.

And nine times out of ten, the NOs come down to the same claim: HRT causes cancer.

If HRT really caused breast or any kind of cancer, do you think so many doctors would prescribe it? After all, treating even the worst menopausal symptoms is not worth getting cancer, right?

The truth is, HRT can be quite safe, even beneficial to health, but whether it’s right for any specific woman depends on many factors.

Yet, if that’s the case, why do so many people assume it’s cancer-causing?

This article will answer that question.

Let’s begin with a very brief history of HRT, then talk about the study that changed the face of HRT for 20 years… and not for the better: the Women’s Health Initiative Study.

Fun Fact: Doctors have prescribed HRT to treat menopausal symptoms since the 1950s, at least in the U.S.

I’ve done my share of reading about hormones since my early 30s, and this fact, which I only learned a couple of years ago, surprised me.

In other words, HRT has been around for ages.

Then, doctors prescribed estrogen to relieve symptoms. However, medicine saw an increase in uterine cancer rates in those who still had a uterus, so they began adding progesterone, which prevents the uterine lining from becoming too thick from the estrogen. Problem solved.

Subsequent epidemiological studies reported an improvement in not only these women’s symptoms, but also decreased risk for cardiovascular disease, diabetes, bone fractures, etc.

Then, in the 1990s, someone decided that while those epidemiological studies are great, maybe we should conduct a clinical trial to test whether these drugs are safe for that use.

Makes sense. In the evidence hierarchy, randomized clinical trials (RCTs) > epidemiological studies for a question like this.

The Women’s Health Initiative Study, or WHI, was a large-scale population-based intervention study to examine HRT in post-menopausal women. The study had several arms, but we’ll focus on the arm that most people refer to when citing the WHI.

If you want to read the paper, it’s available in full text here.

This arm of the study included 16,608 included women with a uterus (this fact will become important later), who were divided into two groups: a treatment group that took HRT, and a placebo group.

The study took place from 1993-1998, and was terminated early due to results. Here are the study details:

The study looked at many outcomes, but the ones that generated the controversy were coronary heart disease (CHD) and invasive breast cancer (BC).

These results got reported to the media, and that second one became, to use Dr. Peter Attia’s words, “the headline that never went away.”

To some extent, you can understand why. Those are scary numbers.

However, there’s FAR more to the story. These results, and the way they were reported, had several problems.

The result for invasive breast cancer was not statistically significant. The p-value was above .05. The study did not report the p-value that I could find, but did say the result didn’t “quite” achieve significance.

It’s great to report non-significant results in a paper, but to go to the media with said results is unacceptable. The result could be real, but it didn’t pass snuff to feel confident in it.

We use that .05 cutoff in all research for a reason.

However, the arrows were still pointing in the right direction for breast cancer, so let’s move on to the more important problems.

The 29% and 26% increased risk for CHD and BC? Those are relative risks. A relative risk refers to risk increases when comparing the treatment group to the placebo group in a study.

Contrast this with absolute risk, which refers to the overall risk of an event occurring during a period of time. For example, the risk of getting CHD or breast cancer overall.

When you look at it this way, it doesn’t sound nearly as scary, does it? Because it’s not.

But… guess which type of risk gets reported to the media most? Yup: relative risk. It’s bigger, splashier. But it’s only part of the story.

When you conduct a study, your results are only as good as the sample you choose. The WHI study sample had a few issues:

Why do these things matter?

Because the older and unhealthier you are, the more likely you are to get CHD and breast cancer, especially when you add medications you didn’t need because you weren’t experiencing symptoms!

Put crudely, these women, given their age and health, were at greater risk for disease. The plaque was already in the arteries, so to speak.

Outcomes are best, and safest, when women take HRT in their 50s, before the plaque develops.

Also, there’s no need to take HRT if you aren’t experiencing symptoms.

Problem #4: The Specifics of the Hormone Replacement Therapy

Not all HRT is created equal. The choice of HRT used in this study wasn’t ideal.

First, oral estrogen is known to increase risk for blood clots and stroke. That’s why they tell women on the Pill not to smoke! And, sure enough, the risk ratios for these blood clot and stroke outcomes were the highest in this study.

Transdermal estrogen is much safer, either in cream or patch form.

Second, synthetic progesterone, known as progestin, isn’t ideal either. Interestingly, the arm of the WHI study examining women with no uterus—who didn’t take the progestin (only estrogen) because there’s no risk of uterine cancer—showed no increased risk for CHD or breast cancer.

Due to the potential risks (and side effects) associated with synthetic progestins, most doctors prescribe bioidentical progesterone for HRT.

Repercussions of the WHI Study

The repercussions of this study were no joke. Half of women taking HRT in the U.S. stopped taking it because of WHI and the poorly executed way it got reported by the media.

This included women with no uterus, who according to this study weren’t even at risk.

One study (Sarrel et al., 2013) estimated that tens of thousands of postmenopausal women died prematurely because they avoided HRT.

The story behind the WHI study and what happened after is long and complex, and there has been division amongst the study’s researchers as well.

From my perspective, the study offers a slew of important lessons, the largest of which is to never trust a risk estimate reported by the media without getting the details and context of the study it comes from.

What Does the Current Evidence Say?

I’ve listened to several good podcasts on this topic, where doctors with HRT expertise are interviewed. Here are a few excellent ones:

Also, here’s a great book, written by two experts who were also interviewed on the Feisty Menopause podcast:

Estrogen Matters: Why Taking Hormones in Menopause Can Improve Women’s Well-Being and Lengthen Their Lives—Without Raising the Risk of Breast Cancer by Carol Tavris and Avrum Bluming

Recent evidence shows that HRT reduces risk for cardiovascular disease and either shows no increased risk for breast cancer or a very slight increased risk, depending on the study. The experts say it’s generally safe for most, but those with a history of breast cancer should avoid it.

In the end, the decision to take HRT should be between you and your doctor. Don’t let one study, particularly one with that many problems, sway you without doing your research first.

Estrogen Matters: Why Taking Hormones in Menopause Can Improve Women’s Well-Being and Lengthen Their Lives—Without Raising the Risk of Breast Cancer by Carol Tavris and Avrum Bluming