Even if you aren’t a New Year’s resolution person, it can be beneficial to consider your health goals at the start of the year. 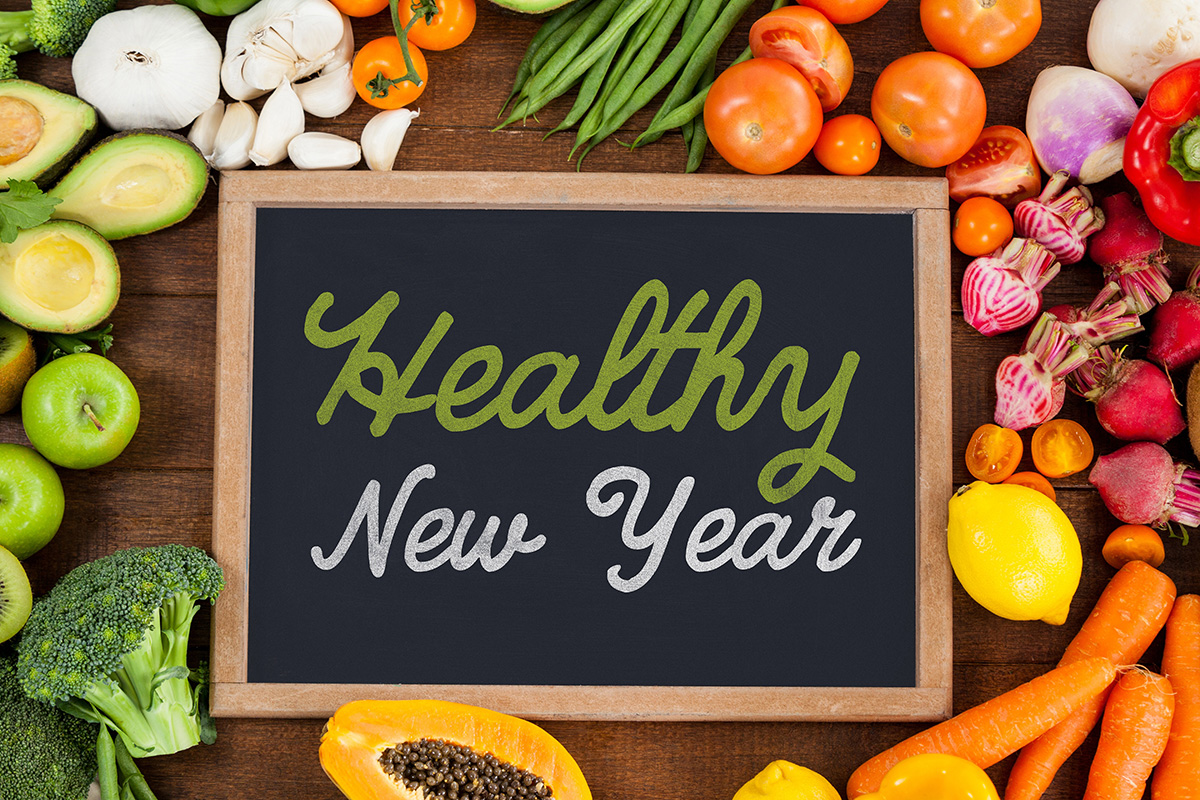 I admit I don’t do New Year’s resolutions.

They aren’t ambitious or specific enough for me. Instead, I’m a goals person. I make goals for the new year and spend the next 365 days working toward them.

I love doing this. It makes me happy.

But everyone’s different. Some people prefer “intentions.” Instead of a goal or resolution, they put out an intention for the year, something to focus on but without the specificity of a goal or the pressure of a resolution—e.g. “eat healthier.”

Some like to focus on one big thing; others choose a series of smaller goals.

The point being, a new year is a great way to think about what you want for yourself and your life. And that includes your health.

Every New Year I choose several goals to focus on, including one that’s health-based.

However, some miss this opportunity because they’ve had bad experiences with health goals (or resolutions, or intentions) in the past.

After the excesses of the holidays, it makes sense to focus on what you want to improve about your health with the New Year. However, New Year’s health goals have their pitfalls.

A big one? Many people tend to think of health improvements in extreme, all-or-nothing terms. For example:

The message you told yourself, even if you didn’t realize it, is “If I can’t do this hard thing perfectly and feel good as I do it, I’m a failure and shouldn’t bother.” You go back to baseline, where things are familiar.

This isn’t the way to approach improving your health or setting health goals. Why?

Because health isn’t usually about big changes or drastic measures… it’s about small changes and maintaining consistency over time.

In other words, good health is all about the long game.

Playing the Long Game with Health

To achieve great health, you need to maintain reasonably good habits over a long period of time. Like months, even years.

Notice I said “reasonably good habits,” NOT perfect habits, or the habits of some hardcore influencer with 5% body fat who never drinks alcohol or eats sugar.

What does this mean?

But how do you create these good habits?

I totally get that. Your goal is clear and the prospect of a big change is exciting. The problem is, as exciting as drastic change seems at first, we humans don’t actually like it. Our brains, which are wired for consistency, rebel with too much change and can make us feel freaked out, unmotivated, irritable, or resistant.

Not to mention what drastic change can do to your body if it’s not ready. Anyone who’s gotten the “carb flu” on a low-carb diet or an injury after starting a new exercise regime knows this.

Often, aiming for a health goal means taking the next step to improve things (cutting down to one soda or one beer a day), rather than making radical changes (cutting all sugar or alcohol). Down the road, once you’ve shown you can sustain the change, you can improve more if you see fit.

For example, I struggled with sugar addiction during my college years. After college, I allowed myself only one sugary treat a day: one dessert, or one soda, or one stack of pancakes with syrup. I sustained that successfully for over 20 years, finding that sweet spot (pardon the pun) where I wasn’t eating too much and causing addiction, or eating too little and feeling deprived.

Eventually, when the time felt right, I cut down to 2 or 3 times a week, then eventually went sugar-free. Not everyone needs to cut out all added sugar, but I did, and feel better as a result.

Good health is about developing good habits over time, and maintaining them over the long-term. And even though we make these goals, good health is more about the process than it is about the end result.

Find a process you can work with.

Tip: Many successful people swear by the book Atomic Habits by James Clear. May be worth a read if you find it hard to create new, positive habits.

My Health Goals and Improvements

To put all this into perspective, I’ll share a health goal and two positive health habits I’ve created in my life.

Many years ago, I stopped running. I won’t bore you with why—that’s a whole article in itself—but in doing so I lost a lot of cardiovascular fitness.

I still worked out 5 days a week—walks, light lifting and a hike once a week—but those lacked the intensity I needed to achieve better cardiovascular fitness. I didn’t feel as good physically and my blood work wasn’t what it used to be.

And, well, middle age had made itself known to me, as can happen when you reach age 50.

So, I decided to change that in 2022. My goal was simple: increase cardio fitness. That’s all.

I chose running to accomplish this, and began following a start-from-scratch running program where you begin with run-walk sessions. At first, you do way more walking than running, but you increase your running time gradually. This gave my body a chance to get used to running again, super important in a sport that’s high-impact.

It took many months, but I eventually increased to fully running (no walking) 3 days a week, and then I trained for and ran a half-marathon that took place mid-October. No injuries, no burnout, no quitting.

My cardiovascular fitness improved, my blood work did too, and best of all, I felt more energetic and better about myself. I even shed a few middle-age pounds, although that was never my goal.

My point: I created a doable goal, started slow, and built up in a sustainable way that, over a long period of time, yielded rewards. This year, I’m continuing with the running, maintaining the fitness I worked to build. Now, it’s part of my life again.

When I was in my mid-twenties, I wasn’t eating enough veggies. Not good. I vowed then to eat veggies every day, even if some days it was only a couple of carrots. I maintained that very doable habit for years.

Eventually, I realized this still wasn’t enough veggies and began increasing my veg intake. It took some time to adjust—making sure I had fresh veggies in the fridge, figuring out ways to cook/include them in my meals, getting used to more fiber.

The “some veggies every day” wasn’t exactly a nutritionist’s dream (a healthy diet should include more than that), but it was something I could easily stick to over time. And it laid the foundation for eating more eventually.

Another change I made, years ago, was increasing the number of days per week I exercise or work out. I was inconsistent during college, but after I graduated I gave myself a “3 days per week” minimum. I didn’t sweat vacations or if I got sick.

I stuck with that for many years. I sometimes increased if I was training for a race, but otherwise I viewed 3x/week as my default. I eventually tried 5 days a week when I got older. I found that I liked it and felt better, so I stuck with that.

See the pattern with all three examples? I started small with nothing impressive, sustained it until it became normal, then built on it later. In all three cases, I sustained the changes over years or even decades.

The cool thing about New Year’s health goals is you have a YEAR to make them happen. That gives you time to start slowly, to build new habits, to let your body and mind adapt to the change so it becomes permanent.

It gives you time to make mistakes, to tweak or adjust if necessary.

Big, drastic change works for some people. Rich Roll, podcaster and ultra-endurance athlete, did the “fast food to vegan diet” in the most sudden, all-at-once way, but even he admits that’s how he does stuff and it doesn’t work for most people. Most of us need to ease in.

So: Pick a doable goal or habit. Work at it. Stick with it.

My goal for this year: Attempt to ease, even cure, my tyramine intolerance. That’s a big one, but I have a plan, and a year to execute it.

Tell us in the comments: What are you doing this year to improve your health?