Some experts acknowledge that MSG, while safe to consume, may cause unpleasant reactions in some people. Others doubt that these reactions result from MSG. What does science say? 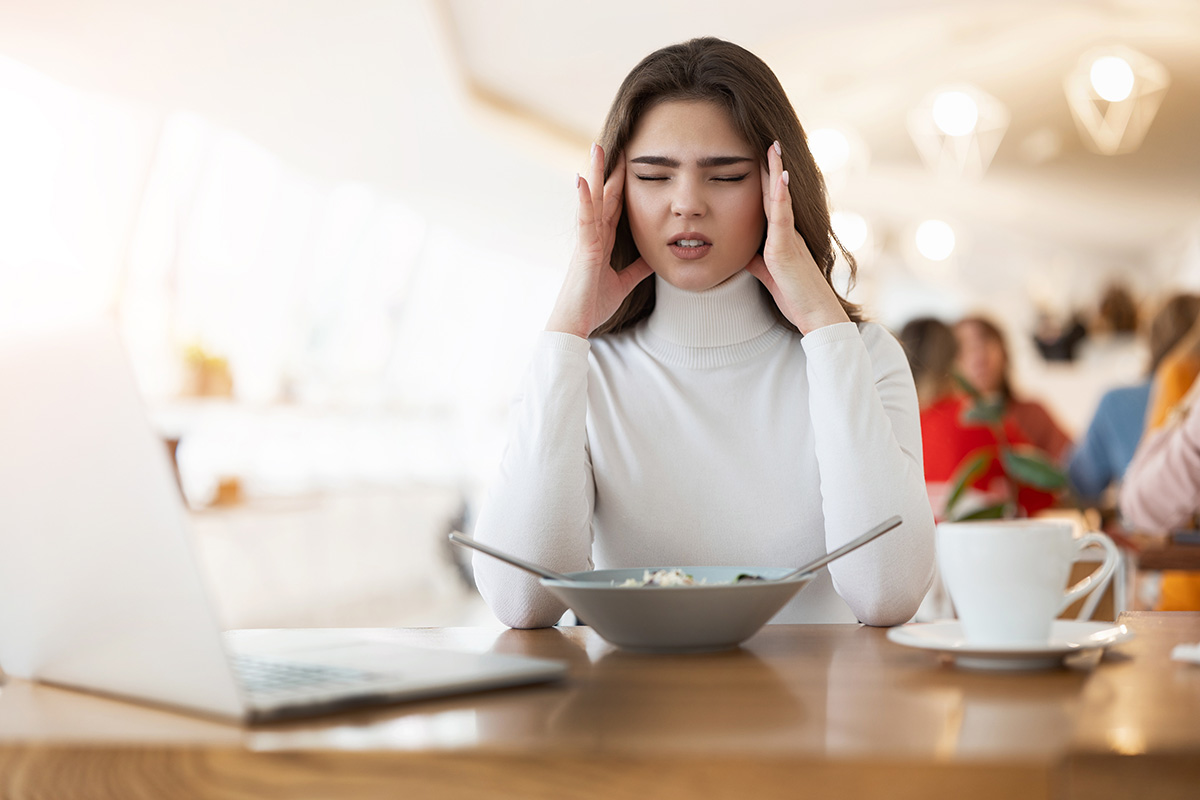 In Part II of my MSG article series, I tackled the 50-year-old debate about MSG and whether it’s safe to eat.

Spoiler alert: It is, assuming you consume it in normal doses, like any food additive.

However, that conclusion comes with a big “but”: While safe to eat, MSG may cause unpleasant symptoms in “sensitive” people. Even the experts will admit this.

But who are these sensitive people? Does the MSG cause their symptoms, or do they assume so because they’ve heard all their lives that MSG causes the reaction they have? What does science have to say about all this?

Is MSG Allergy a Real Thing?

I’ve met many people who claim that MSG bothers them or that they have an MSG allergy. However, many people doubt such claims, including some experts in the scientific community.

As discussed in my MSG Part II article, MSG has gotten a pretty bad rap for a variety of reasons. Between studies that used questionable methods and people blaming their reactions to Chinese food on MSG, when any number of things could have caused the problem, many experts doubt that MSG can cause a bad reaction. Or, at the very least, they doubt that MSG causes bad reactions in everyone who claims it does.

For example, an article from the Science Friday website entitled “Is MSG Bad for Your Health?” states:

Indeed, most scientists today agree that the notion that MSG causes sickness in humans is unfounded.

“I see people all the time who are absolutely convinced that their allergic reactions are caused by MSG—it causes this, it causes that,” says allergist and immunologist Katharine Woessner of the Scripps Clinic Medical Group, who conducted a study on MSG’s effects. But, she says, “I think there’s a great misunderstanding.”

“It’s ridiculous,” says Ken Lee, a professor and the director of food innovation at The Ohio State University. “It’s wacko, it’s weird; it’s not true that MSG has any kind of toxic or causative role in food allergies.”

When I read these quotes, I already see one big problem:

As I fully discuss in another article, food allergy differs from food intolerance/sensitivity. Food allergies involve the immune system, which will release IgE antibodies when a problem food gets eaten. Allergies cause somewhat different symptoms that are often more severe. Example: peanut allergy.

Food sensitivity/intolerance, on the other hand, refers to an impaired ability to break down a particular food, resulting in symptoms. Symptoms tend to be milder than those of allergies. Example: lactose intolerance.

The sources I found appear to agree that bad reactions to MSG fall under food sensitivity, not food allergy. MSG does not appear to stimulate an immune response, so MSG allergy probably doesn’t exist.

BOTTOM LINE: MSG allergy does not exist, but MSG sensitivity may be a real thing.

Those who claim to have MSG sensitivity say they experience certain symptoms after consuming the stuff, including:

What Does Science Say About MSG Sensitivity?

Part of the challenge with understanding MSG sensitivity comes from the fact that studies examining it have not achieved conclusive results. In other words, when researchers conducting various studies gave participants MSG, not everybody reacted, and many of those who did react failed to react when tested again.

The Science Friday article mentioned above gives a summary of some of these studies. For a more thorough summary, check out this scholarly review from 2006, which concludes:

Despite a widespread belief that MSG can elicit a headache, among other symptoms, there are no consistent clinical data to support this claim. Findings from the literature indicate that there is no consistent evidence to suggest that individuals may be uniquely sensitive to MSG.

Why these inconsistencies? Some say it’s the nocebo effect.

You’ve heard of the placebo effect. Google’s dictionary defines it as the “a beneficial effect produced by a placebo drug or treatment, which cannot be attributed to the properties of the placebo itself, and must therefore be due to the patient’s belief in that treatment.”

In other words, if you think you’re getting a beneficial treatment, it may work even if the treatment is only a sugar pill.

Then we have the “nocebo effect.” According to FiveThirtyEight,

People who suffer after eating MSG may be experiencing the nocebo effect, the lesser-known and poorly understood cousin of the placebo effect. The phenomenon is what happens when suggesting that something can cause a negative reaction induces precisely those physical symptoms. When a Chinese restaurant puts “no MSG” on its menu to reassure customers, it furthers the stigma, likely furthering the nocebo effect in the process.

In other words, MSG reaction may be “all in your head.”

My Take So Far

Yes, MSG earned an unfair reputation. Yes, in some cases MSG may not be the problem when people experience food reaction, as it can prove very difficult to know what part of a meal causes the reaction. It could be that some who claim MSG sensitivity don’t have it.

However, whenever anyone uses the phrase “all in your head,” it pisses me off. Too many times, people dealing with real issues have been told this because the expert or doctor had no explanation for the problem. Not good.

This has happened historically, especially to women, and it happens now.

Studies examining this question have gotten mixed results at best. Yet, even in those studies, some people react some of the time to foods containing MSG, which is interesting.

That leads me to this:

When I was finishing up graduate school, I recall talking to some fellow scientists. Somehow MSG came up, and I asked what the big deal was. One guy shrugged and said he didn’t know, that it had never bothered him or anyone he knew.

We left it at that.

Not long after, something interesting happened to me.

During this time, I worked at home most days, writing and polishing my dissertation. I didn’t have much money, and tended to eat the same things: oatmeal for breakfast, and the same few options for lunch. Every day.

Well, during one week, I got a headache after lunch. The next day, same thing, and again on day three, this one worse than the previous ones.

Like any decent scientist, I looked back on those three days, asking myself what I had done differently that might have contributed to the headaches. I had made one (and only one) change during those three days:

The previous weekend, I’d gone to Costco and bought Rice-A-Roni in the convenient economy size. Cooked it up and had it three days in a row instead of my usual lunchtime starch.

When I checked the ingredients list, sure enough, there it was: monosodium glutamate. When I quit eating it, the headaches disappeared.

I concluded I was sensitive to the stuff, and avoided eating products that had it when possible.

However, this example raised many issues.

In favor of MSG sensitivity as the culprit:

Problems with this accidental experiment:

So, I decided to find out once and for all… by experimenting on myself.

Find out what happens in Part IV of my MSG series.