Serotonin, dopamine, norepinephrine, and GABA neurotransmitters play a crucial role in mental health. Let’s explore the role of each in mental health and mental illness. 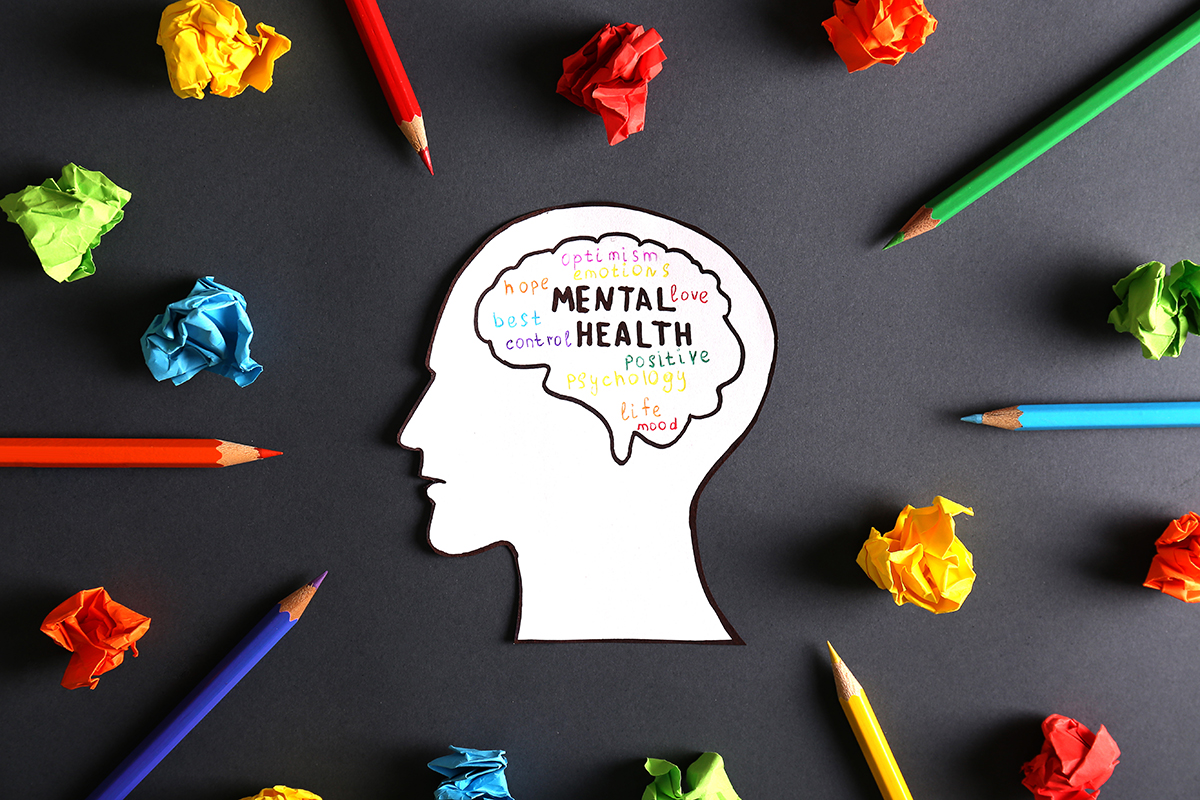 Neurotransmitters are chemicals that allow neurons (nerve cells) to communicate with each other throughout the body. They do this through the transmission of signals from neurons to other neurons as well as muscle and gland cells.

Although neurotransmitters can do their thing in various parts of our bodies, including our gut and spinal cord, they act primarily in the brain. This means they play a major role in our mental health.

Those of who who’ve dealt with mental illness or taken any kind of psychotropic medication know just what I mean.

In this article, I will talk about the four neurotransmitters that play a strong role in mental health.

Serotonin is involved in a wide variety of bodily functions, including the regulation of mood, sleep, appetite, and pain. A naturopathic doctor I know once characterized serotonin as the neurotransmitter of peace, love, and contentment.

Serotonin plays such an important role in your brain that it’s implicated in all sorts of mental disorders. However, this key substance is best known for its role in mood disorders.

Low or dysregulated serotonin can lead to depression. Which makes sense — those suffering from depression experience not only problems with mood, but also issues with sleep, appetite, and even pain, all bodily functions affected by serotonin.

Several well-known antidepressants target serotonin activity when treating the disorder. The best-known class of antidepressants is serotonin selective reuptake inhibitors (SSRIs). SSRIs include drugs such as Prozac, Paxil, Lexapro, and Zoloft, which all effectively increase serotonin levels in the brain.

Serotonin is found in the gut as well as the brain. In fact, some claim that gut bacteria produce most of the body’s serotonin. The link between gut health and mental health has led more recent research into the “psychobiome” (i.e. how your microbiome impacts mood and mental health).

Women have a unique understanding of serotonin’s impacts because estrogen raises serotonin levels. As such, women approaching their period or going through menopause — times when estrogen levels drop suddenly — can lead to poor mood.

Dopamine plays a major role in motivation, reward, and movement. A neuroscientist from Stanford called dopamine “the neurotransmitter of more.”

Several mental/behavioral problems can result from dopamine levels that are too low, not well regulated, or if a person has a high level of sensitivity to the substance.

Tackling “motivation” first, dopamine does impact mood and the desire to do things you enjoy. Low levels can lead to depression. Drugs known as NDRIs (norepinephrine-dopamine reuptake inhibitors), including Wellbutrin and Ritalin, are used to treat depression and ADHD.

The “reward” aspect of dopamine factors in with addiction. If an activity proves extremely rewarding to someone (i.e. produces a surge of dopamine that your body likes a little too much), it can lead to addiction. Anyone who’s experienced addiction to drugs, alcohol, gambling, or sex knows what this feels like.

In terms of “movement,” dopamine affects your body’s motor control. Parkinson’s disease (as seen with Michael J. Fox) is caused by unexplained damage to an area of the brain high in dopamine neurons.

Dopamine also plays an important role in psychotic disorders such as schizophrenia. Many antipsychotic medications target the dopamine system, including clozapine, risperidone, and haloperidol.

Norepinephrine (also called noradrenaline) is an excitatory neurotransmitter that’s important for attention/focus, sleeping, dreaming, and learning. It raises energy levels and blood pressure and can even serve as a hormone in the body, although it mostly functions as a neurotransmitter.

Like serotonin and dopamine, norepinephrine also plays a role in mood disorders, including depression, bipolar disorder, and seasonal affective disorder. Drugs such as bupropion (Wellbutrin) target dopamine systems, while SNRIs (serotonin-norepinephrine reuptake inhibitors) such as Effexor and Cymbalta treat depression by raising both norepinephrine and serotonin.

Imbalanced or elevated norepinephrine levels have been implicated in PTSD (Post-Traumatic Stress Disorder). This makes sense, as the common symptoms seen with trauma and PTSD include problems sleeping, nightmares, depression, and increased agitation and startle response, all of which involve norepinephrine.

Gamma-aminobutyric acid is the primary inhibitory neurotransmitter in our brains, and it also acts in an inhibitory manner in the spinal cord. This important substance inhibits transmission of electrical impulses between neurons.

Because of its inhibitory ability and its activity in both the brain and spinal cord, GABA plays an important role in everything from anxiety disorders to seizure disorders to surgical anesthesia.

GABA proves especially important in dealing with fear, stress, and anxiety. An impaired GABA system can lead to anxiety disorders. It also plays a role in mental disorders that involve feeling agitation, such as schizophrenia and autism.

Because of the calming effects of GABAergic drugs such as benzodiazepines and alcohol, these substances put people at risk for addiction.

Monoamine oxidase inhibitors (MAOIs) are drugs used to treat depression as well as panic disorder, bipolar disorder, and social phobia. They have the distinction of being the Original Antidepressants, the first ones ever developed.

However, physicians now view MAOIs as a last-resort medication, one tried when others haven’t worked, particularly if symptoms are atypical. It turns out MAO inhibitors can come with serious side effects.

These drugs block the activity of the monoamine oxidase enzyme. This enzyme breaks down monoamine neurotransmitters, which include serotonin, dopamine, and norepinephrine. This effectively increases the levels of all three of these chemicals in your brain.

This may sound like a good thing. However, given the profound impact of serotonin, dopamine, and norepinephrine on our mood, sleep, and so many other functions, increasing all three at once in this way can cause problems. For similar reasons, MAOIs also don’t play nice with several well-known drugs and cannot be combined with them.

Also, people taking MAOIs also have to closely watch what they eat. These drugs inhibit the monoamine oxidase enzyme, which breaks down another compound called tyramine.

Foods such as aged cheeses, fermented beverages, and processed or aged meats have very high levels of tyramine, and failure to break down this compound can cause severe headaches, dangerous rises in blood pressure, and other serious symptoms. As such, those taking MAOIs must severely restrict all high-tyramine foods.

I talk more about tyramine in other articles, where I discuss amine intolerance.

If you suffer from mental illness, you probably know how challenging it can be to find medication that offers relief without causing too many side effects. This is because everybody’s brain (and body) is different.

Which explains why we have so many drugs to treat, say, depression.

Even for those who don’t deal with mental illness, there’s so much variation in our brains and how we produce, process, and regulate these neurotransmitters.

Fortunately, you have more control than you might think over your neurotransmitter activity and mental health. All those things that benefit you physically and mentally — exercise, meditation, practicing gratitude for what’s good in your life, eating well, spending time with good people, sunshine — have positive impacts on your neurotransmitters.

Mental health is physical health. Your brain and mind are part of your body. Treat them both with respect and glean the benefits of doing so.

Want to be notified any time the Rogue Scientist publishes a new article? Sign up here!