Never heard of tyramine intolerance? It can lead to common health problems in certain people. The Rogue Scientist investigates what it is, what causes it, and how to deal with it. 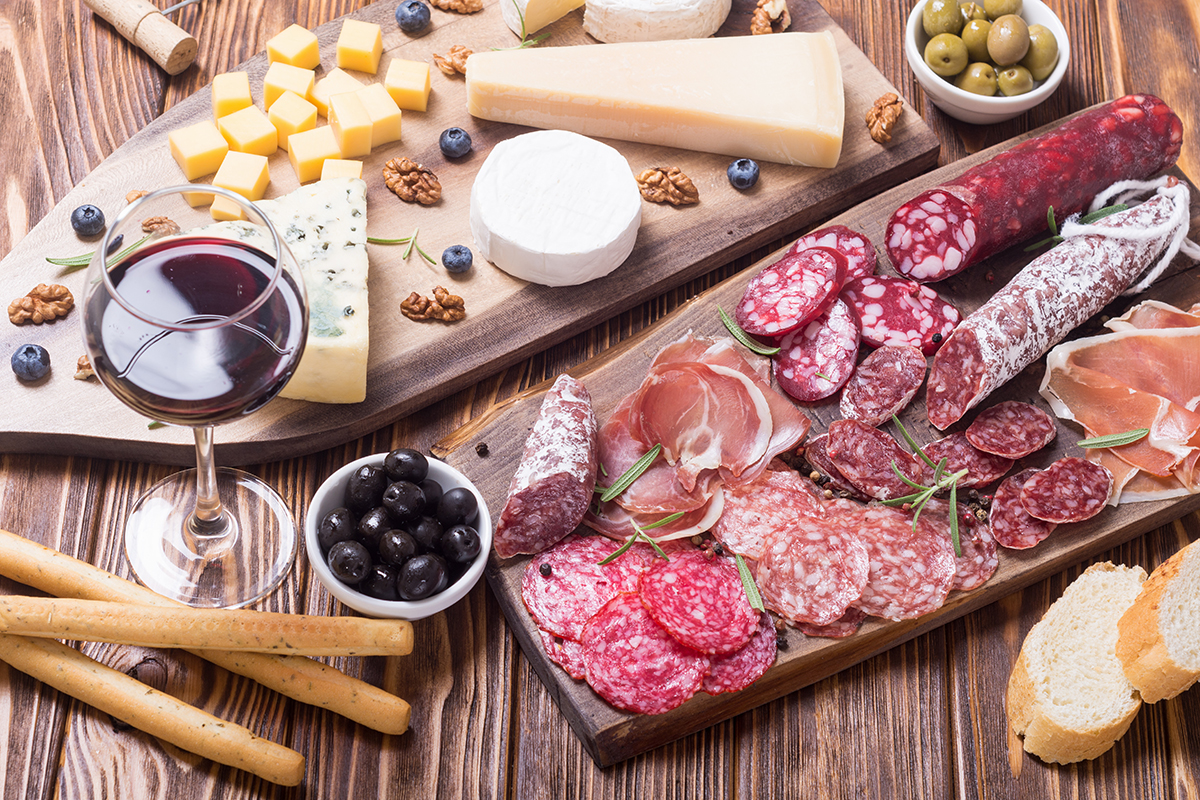 Tyramine intolerance is a type of food sensitivity, where eating foods high in tyramine will bring on unpleasant symptoms.

I would know. I have tyramine intolerance. More on that in a minute.

This article will cover what tyramine intolerance is, its symptoms and causes, and how it relates to migraine headaches, certain foods, and a specific type of antidepressants.

Tyramine is a compound found in many kinds of foods, and is derived from the amino acid tyrosine. Tyramine is classified as a “biogenic amine.”

According to an excerpt from a Migraine and Diet book chapter, tyramine is “vasoactive” (it affects the diameter of blood vessels) and can increase blood pressure, sometimes to dangerous levels.

It can also cause constriction and then rebound dilation of blood vessels in the brain, leading to migraine, visual abnormalities, and nausea.

However, most people eat foods high in tyramine without experiencing any of these problems. Why? Because their bodies break down tyramine properly.

However, some people, myself included, do not.

Most people have heard of lactose intolerance, mostly because it’s super common. Lactose intolerance comes down to lacking enough lactase (an enzyme) to break down the lactose commonly found in milk products.

This inability to break down lactose means the compound builds up in the gut and causes unpleasant symptoms such as bloating, gas, cramps, and diarrhea.

Many of these symptoms result from increased blood pressure, which in some sensitive individuals can reach dangerous levels.

It can also cause other symptoms you may not find on WebMD, but have been reported by those who are tyramine sensitive, such as mood disturbance (especially depression and anxiety) and brain fog. More on this below.

These symptoms often appear one to twelve hours after consuming tyramines. A flare can take many hours or even a full day to dissipate.

Nobody seems to know how prevalent tyramine intolerance is in the population, but I believe it’s one of those things a decent number of people have but don’t realize it.

I didn’t know I was amine intolerant until my early forties. That’s when it got bad enough to mess me up. But the signs had been there previously:

In hindsight, these signs all pointed to tyramine.

Finally, once I realized my problems stemmed from food, I began keeping a food log. It took time, but I pieced it all together and started cutting out problem foods.

The Connection Between Tyramine and Migraines

Tyramine is notorious for causing bad headaches, including migraines.

Doctors with patients suffering from migraines may suggest the patient try a low-tyramine diet. Sometimes it helps a lot.

As far as we know, two things can cause tyramine intolerance:

Let’s start with number one.

The enzyme monoamine oxidase (MAO) breaks down tyramine in the body. If MAO sounds familiar, you’ve probably heard of it because this important enzyme also breaks down the monoamine neurotransmitters serotonin, dopamine, and norepinephrine, all super important in mental health.

There are two types of MAO enzyme: MAO-A and MAO-B. Both appear to break down tyramine.

As with all proteins in the body, a gene codes for the MAO enzyme, and we all have an MAO-A gene and an MAO-B gene. However, we also have different versions of those genes, and some genotypes can code for a slow-acting enzyme.

If you have the genotype for a slow enzyme (it appears that I do), you’re more likely to have a difficult time breaking down tyramine. I’ll cover this in more detail in another article.

If your MAO enzyme works slowly, and you eat a plateful of high-tyramine foods, your body can’t work fast enough to break down the compound.

The second cause of tyramine intolerance results from taking MAO inhibitors, a class of antidepressants that inhibit the action of the MAO enzyme, thus increasing neurotransmitter levels and relieving symptoms.

Scientists and doctors have known for decades that MAO inhibitors block those taking them from breaking down tyramine. It began when a British pharmacist noticed that his wife, who was taking an MAOI, got terrible headaches anytime she ate cheese.

(So many great discoveries have come from observing something that others miss, and then following it up.)

The good news: if your doctor prescribes MAOIs to you, they’ll tell you to avoid high-tyramine foods. Those who are merely sensitive often have to figure out their sensitivity after years of suffering.

One thing I’ve noticed when I consume too many high-amine foods is it messes with my mood, big time. For me, the mood effect comes later, after the headache, agitation, and heat have dissipated, usually the next morning.

I will feel negative, irritable, flat, and like the world faded from color to some shade of gray. For no good reason. It lifts by lunchtime or afternoon.

Others report significant and even scary levels of anxiety with high-tyramine foods. For me, the agitation and not-relaxed feeling I get after a problem meal is anxiety, but it feels more physical for me than emotional.

The relation between tyramine and depression/anxiety makes sense. Too much tyramine can trigger release of norepinephrine, which will cause increase blood pressure, heart rate, and agitation, which are all physical manifestations of anxiety.

And tyramine gets broken down by the very enzyme responsible for breaking down serotonin, dopamine, and norepinephrine, the three neurotransmitters most implicated in mental illness and especially depression.

However, when searching for the relationship between tyramine and depression, I didn’t find much other than the MAOI issue. Which means I’ll have to dig and include my findings in a future article.

While tyramine occurs naturally in all kinds of healthy foods, some foods have very high levels and should be avoided by those who are sensitive or taking MAOIs. These foods include:

Stuff They Don’t Tell You on WebMD

In addition to the depression/anxiety link, most medical sites don’t include some other useful information about tyramine intolerance, mostly because the topic hasn’t been well studied.

If you have tyramine intolerance or think you might, here are some facts I’ve learned from experience and interacting with others who deal with this:

To prevent bad food reactions, it helps to think of tyramine like a bucket. Every time you eat food with tyramine, the bucket fills. If you eat too many of these foods before your body can break them down, your bucket will “overfill” and you get symptoms.

This is why you might eat cheese one day and feel fine, eat it the next and feel not so great, and by the third day you want to tear your head off. The bucket finally got too full.

The bucket effect also explains why it can take a long time to figure out you have this.

The trick with tyramine intolerance, like many food intolerances, is to prevent the bucket from overflowing. If I eat high-tyramine foods, I avoid them for a few days. You have to find your own limits.

Everybody Differs in What and How Much They Tolerate

Some sensitive people tolerate chocolate, others don’t. Some can eat certain types of aged cheese, others can’t. You have to find what foods you tolerate and don’t via experimentation.

Stress makes everything worse, and tyramine intolerance is no exception. When I’m on vacation and super relaxed, I can get away with eating a decent amount of these foods. When I’m stressed, my tolerance goes to zero and I avoid them.

The Amount of Tyramine in Foods Varies

Tyramine, like all biogenic amines, varies from food to food. One tomato may have way more than another tomato.

Likewise, tyramine and other amines increase over time. Freshly picked or butchered foods have way fewer amines than those that are aged or stored for long periods.

Although genetics certainly play a role in tyramine intolerance, they don’t explain everything. For one thing, most people I’ve seen appear to acquire it in their 30s or 40s, which means something else is impacting their ability to break down these foods.

Many with Tyramine Intolerance are Intolerant to Histamine and Other Amines

I cover histamine intolerance in another article.

Want more? My Tyramine Intolerance Handbook is now available on all platforms! In it, I go into detail about TI and offer detailed food lists, recipe ideas, and more.

That’s all for now.

I would love your comments about this, especially if you have tyramine or other amine intolerance.

If you want to be notified anytime I publish a new article, sign up here.

The 4 Neurotransmitters That are Crucial to Mental Health

34 thoughts on “Tyramine Intolerance and Its Role in Migraines, Depression, and Anxiety”