Tyramine intolerance, like most food sensitivities, probably involves something going wrong in the gut (microbiome). But what is the microbiome, and what goes wrong that causes this? The Rogue Scientist explores in this multi-part series. 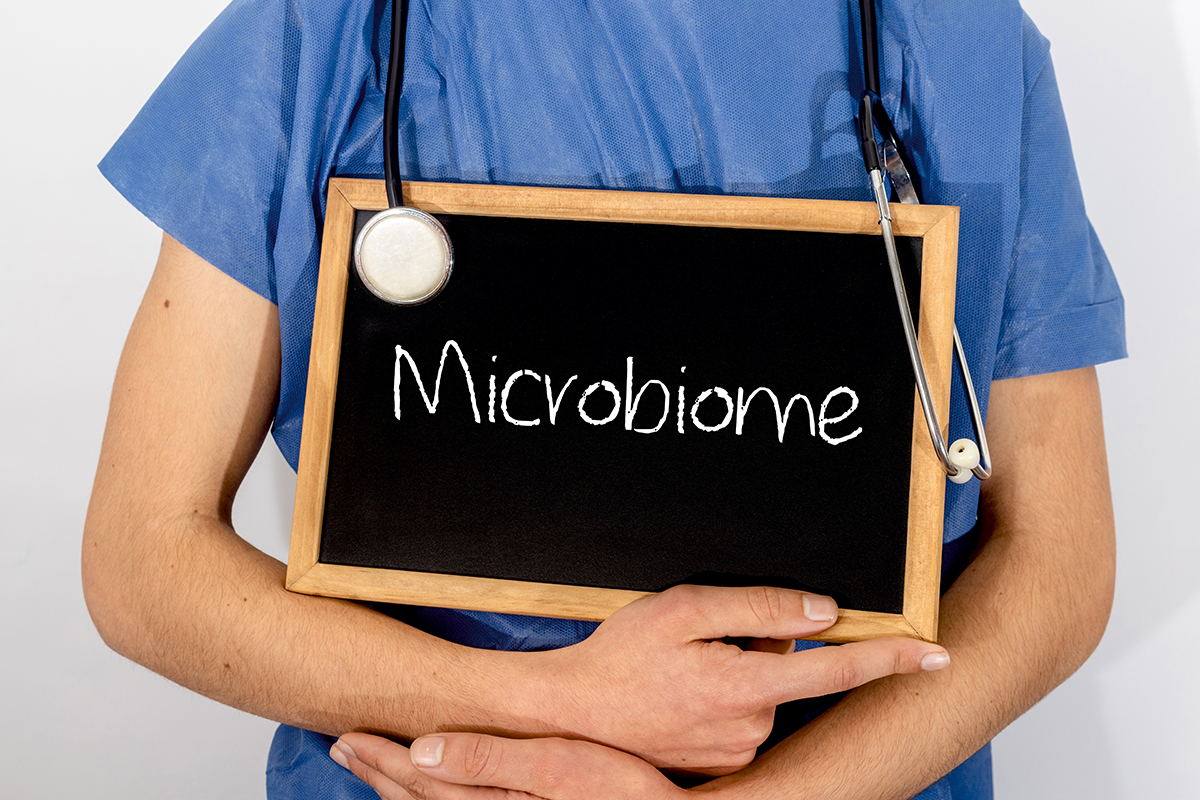 Why do people develop food sensitivity, including tyramine and histamine intolerance?

The short answer is we don’t really know. However, we do have a few educated guesses.

For example, genetics. If you inherited a slow-acting gene variant for, say, the monoamine oxidase enzyme that breaks down tyramine, you may have a more difficult time metabolizing tyramine, so it builds up in your system.

However, I believe there’s far more to the story. For one, our genes don’t change. But most people with tyramine intolerance developed it in middle age, which means something else changed.

Which leads me to another—and, in my opinion, more intriguing—educated guess:

Tyramine intolerance develops because something goes awry in the gut.

So, of course, I set out to write an article on this topic, maybe learn a few things. It didn’t take long before I hit a roadblock—this topic, i.e. the gut, is far too complex to encompass in one article.

By the way, this happens to me a lot, a “simple” topic blowing up to something much larger. You’d think I’d known better, right? This is science, after all, where nothing’s simple.

Anyway, this will begin a series of articles addressing the gut (or microbiome) and how it may play a role in tyramine intolerance.

This article will begin with the fundamentals: What is the microbiome? What does it do? And how can it possible influence tyramine intolerance, or any food intolerance?

What is the Microbiome?

According to the National Human Genome Research Institute:

The microbiome is a term used to describe the specific collection of microorganisms (such as fungi, bacteria and viruses) that exist in a particular environment. The word is often used to describe the community of microorganisms that live in or on the human body (e.g., in the stomach or on the skin). One human has about 40 trillion bacteria and other microbes in their system.

These microorganisms (microbiota) live in three key places: the skin, the vagina, and the digestive canal that stretches from your mouth to your anus. This series will focus on the latter, since the digestive portion of the microbiome is most likely related to food intolerance.

These microbiota—bacteria, fungi, and viruses—are crucial for our ability to function. We literally cannot live without them.

Science has begun to recognize that a healthy gut leads to good health, and more research funds have been funneled to study the microbiome. Likewise, as anyone who’s ever had IBS or the stomach flu can tell you, a problem in the gut can lead to serious health problems.

What Do Microbiota Do?

Why do we need these microbiota? What do they do?

They help with several important functions, including metabolism of nutrients, absorption of minerals, digesting foods we cannot (e.g. fiber), maintaining the structural integrity of the gut mucosal barrier, aiding with immunity, and protecting against pathogens.

What factors impact gut microbiota? Common factors include how you were birthed (vaginal or caesarian), diet (including diet during infancy, such as breast milk vs. formula), stress, and antibiotic use. Other factors can include the sterility of a child’s environment, and (interestingly) whether you have pets in the home.

Gut microbiota have been associated with many human diseases, including inflammatory bowel diseases and irritable bowel syndrome, obesity, diabetes, and mental disorders.

The mucosal barrier that lines the intestinal tract is important for health as well. Its job is to allow nutrients across the barrier and into the body while blocking harmful organisms or substances. In disease, this barrier gets disrupted, either as a cause or consequence of disease.

Research has shown that many chronic diseases, including diabetes, eczema, coeliac disease, bowel disease, and others are linked to lower diversity of bacterial microbiota. To combat this, science has begun experimenting with fecal transplant—yes, taking feces from a healthy individual and transferring it to someone with a specific disease—and, lo and behold, the new feces and the microbiota it contains can improve the afflicted person’s health.

Seriously, who would have ever guessed human poop would become something valuable??

I’ve listened to several podcasts discussing gut function and health, all run by experts. Two that stand out come from Dr. Andrew Huberman’s podcast: one where he taught listeners all about the gut and its relationship with the brain, and another where he interviewed gut expert Dr. Justin Sonnenburg. Here are a few key things I learned:

What Does All This Have to Do with Tyramine Intolerance?

When you take the information above, which is only the very tippy-top of a huge iceberg, you can begin to see where gut function (or disfunction) can play a role in tyramine intolerance.

These are merely educated guesses, of course. But it’s fair to say that when it comes to tyramine and other food intolerance, the gut is where it’s at.

If you want more information about tyramine intolerance and how to deal with it, check out The Tyramine Intolerance Handbook.

2 thoughts on “Tyramine Intolerance and The Gut, Part I: The Microbiome”