What is Epigenetics and Why is it Vital to Your Health?

Most people have no idea what epigenetics is. Find out how it works and why it’s important for your health. 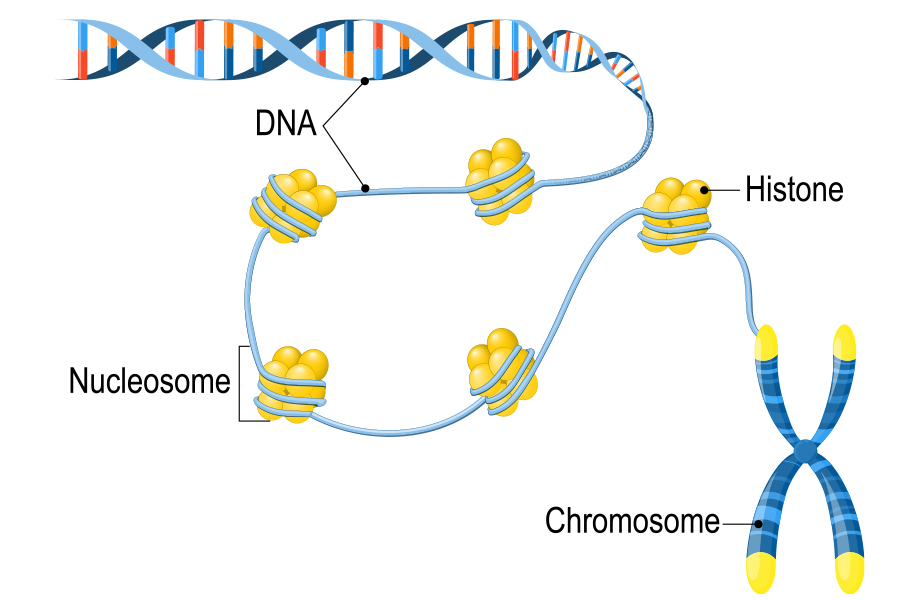 If you ever want to get involved in something that is intricate, mysterious, and which you will never fully understand in your entire lifetime — even if you study it EVERY DAY — delve into genetics.

I know because I studied it for years. Did genetic research and published papers.

The fact that a tiny, double-helical strip of nucleotides strung together serves as the map of life still boggles the mind.

DNA is small enough to fit into the nucleus of a tiny, microscopic cell, way too small to view with the naked eye. Yet, if you unpack it from its supercoiled structure, it will stretch to nearly six feet in length.

More importantly, the idea that your DNA has all that’s needed for a living organism to develop from a single cell to a fully-differentiated, multi-systemic creature that can survive is just… awesome.

Most science courses — and most genetic research — focuses on “regular” genetics, i.e. the study of our DNA and genes. That right there offers several lifetimes of mysteries to be unpacked, especially with regard to health.

Our DNA — the genetic code we were born with — does impact our health. Just ask anyone with cystic fibrosis, sickle cell anemia, Huntington’s disease, or Down’s syndrome, all gene-based disorders that profoundly affect one’s health. And certain health problems tend to run in families.

However, the field of genetics offers a whole other world to explore, one that has a potentially even stronger impact on health:

Despite scientists having studied it for decades, most people don’t know about epigenetics. Nature.com offers this definition:

Epigenetics involves genetic control by factors other than an individual’s DNA sequences. Epigenetic changes can switch genes on or off and determine which proteins are transcribed.

In other words, epigenetics studies gene expression: what genes are turned on or turned off, and when. As you’ll see later, the “when” is important too.

Our genes exist as they are, but epigenetics determines what our genes actually do.

But how does this happen? Who decides what genes get turned on and off, and when?

How Genes Turn On and Off

I mentioned in this article’s introduction that a DNA molecule is microscopic, small enough to fit into a cell’s nucleus, but if unpacked will stretch to almost 6 feet in length. This results from how DNA is “packaged.”

To get DNA to condense down into much smaller form, it wraps around proteins called histones and forms little bundles. The bundles then coil and stack together, then, with the help of more proteins, fold into structures that organize into our chromosomes. (The header image above illustrates this.)

It turns out this complex structure is the key to genetic regulation, i.e. the turning on or off of genes. How? By modifying the histone proteins used to coil the DNA, which then allows specific genes to be expressed or silenced.

One way to modify the DNA packaging structure is through methylation, i.e. a methyl group binding to the histone proteins or to the DNA itself. Other ways of modifying the histones include adding acetyl groups, phosphate groups, or other proteins.

So, how about some examples of epigenetics in humans?

Real-Life Examples of Epigenetics in Action

Epigenetics plays a role in every aspect of our lives as humans. For example:

All humans begin as a zygote, a single-cell organism, which then develops into a multi-celled complex human. All the cells within one person have the same DNA, but epigenetics tells the developing cells what kind of cell to become: skin cell, liver cell, pancreatic cell, etc. This kind of cell differentiation results from genes turning on and off at the right times.

Any of you over age 14, and certainly those of you with kids, know puberty is a time of big change for humans. At this time, certain genes in our DNA “turn on” and code for proteins that regulate our endocrine systems, allowing for estrogen and testosterone to increase.

As a result, girls develop breasts, boys get taller and deeper-voiced, and both sexes’ reproductive systems begin to reach the stage where they can bear children.

With Fragile X, a genetic disorder that leads to intellectual/developmental disability, one only gets the full disorder if the DNA is methylated, which turns off the gene that creates an important and necessary protein. The addition of the methyl group leads to the disorder, not abnormality in the DNA itself.

Humans have tumor suppressor genes that protect us from tumor growth. If there are changes in methylation to these genes, these protective genes can turn off, leading to uncontrolled cellular growth (i.e. tumor).

We also have DNA repair genes; if these get turned off through impaired methylation processes, it can lead to the alteration of the gene itself. This has been linked to several types of cancer.

Why Epigenetics is so Vital for Health

A friend of mine’s mother passed away after suffering from Alzheimer’s. Naturally, she felt some concern about her own genetic risk for the disorder, enough that she’d avoided signing up for 23&Me or a similar site.

Fortunately, she has a lot more control over whether or not she gets dementia in old age than she realizes.

For a long time, even scientists assumed “code is key,” i.e. that your DNA code determined important aspects of your biology, including your health, your appearance, and the aging process. Your DNA matters, but now we’re seeing that how the genes are regulated matters even more.

Certain diseases, particularly those caused by a single gene (e.g. cystic fibrosis, Huntington’s disease, etc.), depend on the DNA the genetic lottery handed you. But complex disease—disease involving many genes, such as heart disease and cancer—is strongly influenced by behavior and lifestyle.

Yes, what you eat, drink, and do affects methylation and other functions that determine which genes turn on and off.

So… when the experts tell you to eat well, exercise, and reduce stress, epigenetics is one big reason why. You want those genes functioning at their best.

So go on and take that walk, eat that kale, and meditate that stress away. Do it for your genes.

Want to be notified when the Rogue Scientist publishes a new article? Sign up here!