A debate has waged for half a century on whether MSG is bad for you or safe to consume. The Rogue Scientist investigates. 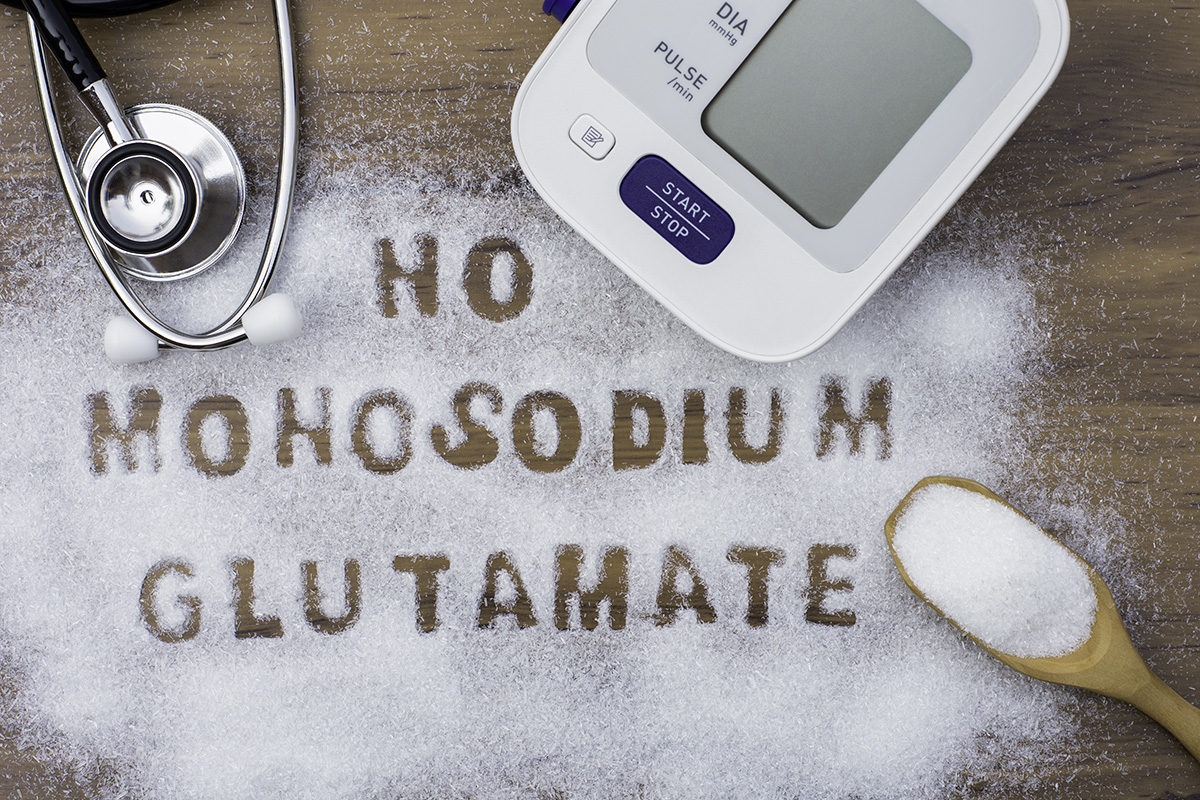 Is MSG bad for you? This seemingly simple question has a long history that goes back decades and includes a never-ending debate, questions over who actually penned the first publication about MSG’s safety, and even racism.

In What is MSG: Part I, I explained what monosodium glutamate is, explained how it differs from other flavor enhancers, and defined key terms such “free glutamates.” In Part II, we’ll get to a bigger question: whether MSG is safe to consume.

As with many things, including vegetable oils, the answer to this question differs depending on who you ask. Most people consume MSG, even if they don’t know it. However, many still fear MSG, and misunderstanding still exists regarding what foods contain it and whether or not it’s truly safe.

So, let’s look at when concerns about MSG began, and what science has had to say over the past fifty years.

When did the questions about MSG begin? In 1968, when The New England Journal of Medicine published a letter to the editor entitled “Chinese-Restaurant Syndrome.” The author, physician Robert Ho Man Kwok, described experiencing heart palpitations and other symptoms anytime he ate at a Chinese restaurant.

The author didn’t know what caused this issue — he listed cooking wine, salt, and soy sauce along with MSG as possible culprits. Letters from readers followed, all claiming reactions to Chinese food.

*Side note: I tried to get my hands on the original publication, but couldn’t obtain it without a subscription to the journal.

*Also, some questions have arisen about who actually wrote the original letter, detailed in this episode of This American Life. Definitely listen to this and come to your own conclusions. I know I’ve come to mine.

Not long after, in 1969, a scientist named JW Olney conducted a study where he injected mice with MSG and they sustained significant neurological problems as a result. A few other studies followed, citing poor reactions of all kinds after eating/injecting MSG.

From there, it became easy to vilify the substance, especially when it was associated with food that at the time was still considered “strange and exotic” (i.e. not from white people). This, despite the fact that, back then, many foods other than Chinese contained MSG, including baby food.

Later, a harder look would reveal these early studies were poorly designed and lacking in scientific rigor. For example:

But by then, it was too late. MSG had formed a bad reputation, word spread, and misinformation about this salt got baked into people’s minds and still exists to this day.

Having said that, many popular products that have been around for ages contain MSG, such as Doritos, Campbell’s Chicken Noodle Soup, and Kentucky Fried Chicken. Meanwhile, other products, particularly if an “organic” brand, claim NO MSG and opt for other flavor enhancers (that contain glutamates).

Is MSG Bad for You?

Again, the answer to this question depends on who you ask. Let’s start with the most well-known MSG hater:

Russell Blaylock and The “Taste That Kills”

Russel Blaylock, a former neurosurgeon, wrote a book (published in 1996) called “Excitotoxins: The Taste That Kills.” In this book he claims certain food additives, MSG included, kill neurons and effectively cause brain damage.

He also makes stronger claims, such as suggesting that the artificial sweetener aspartame may cause multiple sclerosis. (I checked; it doesn’t).

Blaylock labels MSG as an “excitotoxin,” which he defines as “a substance added to foods and beverages that literally stimulates neurons to death.” So I looked into excitotoxins to find out the truth.

However, most sources I found don’t call glutamate or MSG an “excitotoxin.” Use of this term seems to come mostly from those referencing Blaylock’s work, although I found it used in some science articles examining disease (rather than MSG or food). More on this below.

I did find some articles talking about the dangers of food-related excitotoxins (such as MSG), written by JW Olney, the same author who conducted the 1969 study that injected high doses of MSG into mice.

Is Blaylock (and Olney) correct? Do MSG and other glutamates excite the brain so much that neurons actually die?

Yes, and no. Let me explain.

Yes, too much excitation of neurons (from glutamates) can definitely destroy them. However, the scientific articles I found on this talk about “excitotoxicity” resulting from serious disease, such as stroke, traumatic brain injury, and neurological disease (such as Huntington’s disease). I found no evidence this could happen from consuming glutamates or MSG.

In fact, one 2019 source stated, “There has not been any evidence to date that MSG can cause cell death through oral consumption.”

I did find a study demonstrating that MSG can kill neurons, but the authors had applied the MSG directly to neurons in mouse cell cultures (i.e. not in the mice themselves). Again, MSG was applied directly to neurons rather than consumed by the animals.

Why does that matter? Why does injecting MSG into animals (or applying it to neuronal cultures) differ from eating MSG? Two reasons:

When I investigated Blaylock, I found that he harbors some strong conspiracy theory tendencies and fringe views, and has landed on more than one “quack watch” site because he does something no decent scientist or physician would do: makes strong claims with little evidence to back them up.

Not good. See the Genetic Literacy Project’s profile on him for more information.

Scientists aren’t perfect and they don’t always agree, but if they want to be taken seriously, they have to follow the basic rules of science and find (or produce) evidence to support their claims. Blaylock didn’t do that effectively.

VERDICT: I don’t find Blaylock’s arguments convincing, nor do I find him a credible source of information.

This blogger, a health and nutrition educator, claims MSG is dangerous and offers seven references to back up her claim. Of those seven, four come from Blaylock and aren’t studies. For the remaining three:

VERDICT: I’m still not convinced. These studies only showed me what we already know: that excessive doses of MSG, like most things, can prove unhealthy or even dangerous.

I could continue with the MSG-haters, but the others I found also relied on Russell Blaylock as a source. So let’s move on to those who defend MSG.

Those Claiming MSG is Safe to Eat

When I searched, the sheer number of sources that came to MSG’s defense was staggering. A partial list includes: the FDA, Science Friday, Mayo Clinic, USA Today, Yale Scientific, and actual science (including many more studies other than the one linked here).

These sources all pretty much say the same thing: MSG appears safe to consume in normal doses. They acknowledge that MSG got a bad rap thanks to weak science, an overeager media, and racism against Asians.

However, almost all the pro-MSG folks state that some people may be sensitive to the effects of MSG. More on this important topic below.

As I traveled down the MSG rabbit hole, I observed a couple things:

People make a lot of assumptions. Dr. Kwok seemed to assume his symptoms after eating Chinese resulted from MSG, but who knows what did it?

We’ve all done this, make assumptions about cause and effect. But isolating the cause of what ails us after we eat is much more difficult than you think.  As someone who has food sensitivities, I know this for a fact.

Most of the anti-MSG stance in scientists seems to come from a conceptual place rather than an evidence-based one. In other words, glutamate has the ability to kill off neurons, and it does in these specific situations or with certain diseases, and MSG is basically glutamate, so it must be bad for your brain if you eat it, right?

No, actually. Many substances can be your friend or enemy, depending on how you consume them.

I’ve seen this many times, this focus on scientific concepts rather than evidence, in books advocating certain diets. Whether paleo, low-fat, or high-carb, the authors of a diet book will throw very convincing scientific concepts (and studies) at you but provide little actual evidence that the diet will achieve the health goals it promises.

BOTTOM LINE: The vast majority of evidence shows that MSG appears safe to eat in moderation. However, if you’ve found you react poorly to it, you’ll probably want to avoid it.

However, for all this discussion on MSG’s safety, we still have another mystery on our hands:

Why Do Some People Claim Sensitivity to MSG?

Safe or not, some people feel strongly that they get unpleasant side effects from eating foods with MSG, including (but not limited to) headaches, flushing, and heart palpitations. Some experts acknowledge that MSG sensitivity is a thing, but others have their doubts.

I’ll tackle this interesting question in Part III, including my own experience with this controversial salt.

Want to get notified when I publish a new article? Sign up here!

What is Natural Flavor? 6 Facts You Need to Know